Images of a mysterious LG smartphone leak out

Images of a yet to be revealed LG smartphone appeared on the web. The mysterious handset sports a new design language, with the lack of physical front-facing buttons leading the way. 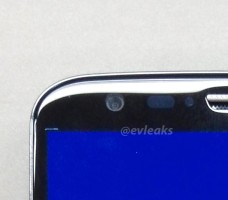 Currently, there's no word on which upcoming LG device we are looking at. Speculation ranges from a successor to the LG Optimus G, all the way to an upcoming Nexus smartphone. The latter however, is not likely, given the prominently placed LG logo at the front of the handset.