Huawei Ascend W3 is in the rumorland for quite some time now. Images of the third-generation Ascend W smartphone have been leaked once again, confirming the presence of the blue and yellow color variants. 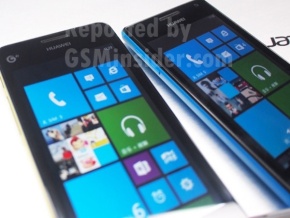 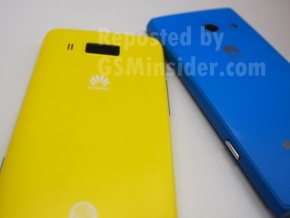 The leaked images show us the China Mobile branding on the back of the device, suggesting that the yellow variant might be exclusive to the Chinese carrier. The Ascend W3 will also support multiple LTE networks.

The upcoming Windows Phone booting Huawei smartphone is rumored to sport a 4.5-inch display and measures of 132 x 67 x 10mm. It is also said that there's an 8 megapixel shooter at the back, capable of shooting FullHD videos.

There is no official word from Huawei at the moment, but the company is expected to showcase its latest smartphone at CES 2014.

I hope the fact be released by factwriting gsm!?Unfortunately Huawei after media pad 10fhg,P6,g600,g625,ascent mate for the unknown reasons has had nothing of the qualities to offer including this one!?I want to plead guilty and confess to a great mi...

Hmm, I will wait for 'that' day when it comes on top. Instead of buying their current crop of substandard mobile OS and filling their coffers...

1. WP8 has lock screen wallpaper. The home screen is for live tiles, pictures, and apps. You can also have wallpaper on home screen with apps that can customize the tiles. 2. "No live wallpapers" Way to kill your battery and battery lif...