The Dubai-based manufacturer i-mate might be planning a grand return to the smartphone scene after several years in the doldrums. According to a recent report, the company, which made a name for itself by selling HTC-made, Windows Mobile devices in the middle of last decade, is set to unveil an Intel Clover Trail based smartphone, which will boot Windows 8 Pro, not Windows Phone 8. 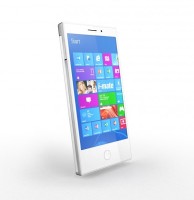 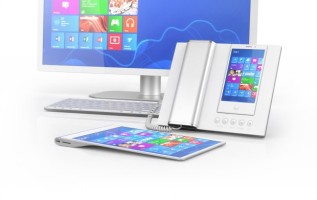 The smartphone will carry the name i-mate Intelegent. It is reportedly set to pack 2GB of RAM, 64GB of storage, and a 4.7" display of unknown resolution. The most important trick up the i-mate Intelegent's sleeve will be the ability to offer full Windows 8 experience via an optional docking system. The latter will offer a 23" touch-enabled display, keyboard, mouse, and a wireless tablet with 10" 1080p display.

The price of the smartphone alone is said to be $750. Should you choose to go for the desktop station, prepare to fork out $1,600.

According to the CEO of i-mate, Mr. Jim Morrison, there's a factory in California ready to produce 10,000 units a week of the Intelegent. The CEO also told the Seattle Times that the i-mate Intelegent will be showcased during MWC.

We are yet to catch a glimpse of the device in Barcelona though, so, given i-mate's troubled past, we would advise that you take more than the usual pinch of salt when threading through the report.

Ubuntu is ready to launch a smartphone that is capable to give all the power of a computer based on Ubuntu OS.

actually that used to be the case, but now MS is trying to get developers to start programming properly for Win 8, and if that is done, the software will be able to run both on x86 and on ARM.

The battery can probably only last 3 hours.