Earlier today we saw the debut of the latest budget offering in Motorola’s G lineup with the Moto G9 in India. Hot on its heels comes the international variant which will be known as the Moto G9 Play and brings identical specs to the G9 though with an exclusive Spring Pink finish. 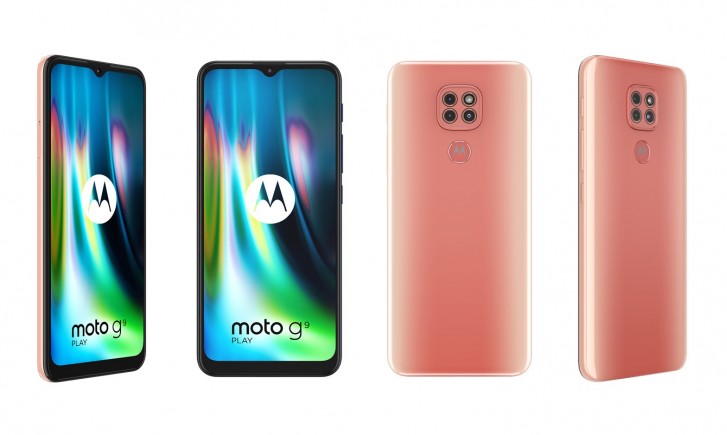 The G9 Play is slated to arrive in select European markets for €169 starting today. It’s coming to other regions soon though they weren’t listed just yet. You’ll also find the phone in the Sapphire Blue and Forrest Green paint jobs.

Like the Indian Moto G9, the G9 Play brings a 6.5-inch IPS LCD, the Snapdragon 662 chipset with 4GB RAM and a generous 5,000 mAh battery with 20W charging. Around the back, we have a 48MP primary shooter alongside a 2MP macro shooter and a 2MP depth helper. The phone boots Android 10 with Motorola’s My UX on top.

Where are you from?

Haha look at Romanians who get 250€ and cry then. And we get the british/french/German/etc. price. And a lot of us do have salaries like that, although that is the actual minimum salary and nothing else. Most people get up to 400€. AND WE'...