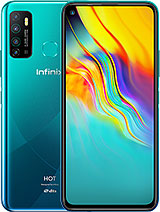 Hassan, 08 Jun 2020For all those asking for price, my cuzn just purchased it few days ago for 17000 here in karac... moreCan you tell me if it supports Screen Mirroring?

joe nodden, 22 Jun 2020They're all sub $120 phones, don't give me that crap. And you can easily recommend phones with... moreOh God....... I know you're gonna reply with something on same intellect level as this comment of yours, but I'll counter your argument just this once so other people don't get confused by your comments.

It's stupid to keep commenting this phone is bad, but then compare it with used-2016 phones that are "refurbished" (replaced parts/repaired), damaged and missing accessories like original charger, cable etc.

Used things sell for cheaper price. If you're one of those who are willing to risk buying *very old* 2016 phones, why are you giving opinion on 2020 phones?
Come back when this phone is 1+ year old and is selling for $40-80 in used condition.
OR
give your opinion on "used mobile groups" on Facebook instead of here?

Originally Pixel XL is around $220 in America and around $300 in my country. Lenovo K5 Pro is also between $200-300. You sound like you can't think of world outside your country and your bias/preference.

How can you say that about Helio A25? Check its benchmarks on Notebook website, its performance is similar to Snapdragon 625.
Which makes it more than good enough for normal use. In fact, its chipset is among better ones in this price (brand new phones, mind you) in most of the world in this price.

One of my phones has Snapdragon 425 phone with only 1.5GB RAM and even that only lags if there are several apps open.

Realme C3 has 5MP selfie camera, yet this phone has 8MP selfie camera. It's still better, bud. Especially when this phone costs €90 while C3 costs €140.
C3 is only for gamers. There are much better phones in price of C3 for normal users.

I said it can get around 30FPS in PUBG, so it's not like gaming on this phone is out of question.40FPS is ideal, but 30FPS is good enough to play without lag.
Games like Call of Duty, Mobile Legends and Free Fire run perfectly smooth, without any lag at all.

It's Chinese product or Korean??

Anonymous, 20 Jun 2020Google Pixel XL and Lenovo K5 Pro are in completely different price range. Why compare this ph... moreThey're all sub $120 phones, don't give me that crap. And you can easily recommend phones with a better SoC to people who don't play games because the A25 will lag even in general usage. And the C3 has two variants, and this has an 8MP selfie camera, so it's pretty much just as useless as the C3's. Educate yourself. And under 30 fps in PUBG? Bud that's pretty much as bad as my old OnePlus One.

joe nodden, 18 Jun 2020Bud the Realme C3 exists for the same price as this. That has the Helio G70. Though there's al... moreGoogle Pixel XL and Lenovo K5 Pro are in completely different price range. Why compare this phone with them?

Realme C3 has powerful chipset, but it doesn't have fingerprint sensor and has 5MP selfie camera, which is not good for its price. So, you've to make big compromises in Realme C3 as well.
You can't recommend C3 to someone who doesn't play games.

Helio A25 isn't that bad. It's more than enough for normal use and better than most other chipsets in this price.
Call of Duty also plays fine on it.
PUBG plays at 20-25FPS (bit lag), but you can make it play smoothly (around 30FPS) using PGT Pro GFX Tool.

There is no difference in the hot 9 and the hot 8 😪.
Its only change in Ram and Storage which is has nothing to do with the phones performance..

At the same time,can I use 4g network in both slot?

From the aspect of battery, camera and RAM - this is actually a pretty decent smartphone choice. The Helio processor is also a decent choice.

Anonymous, 18 Jun 2020Display is same as other phones in this price and chipset is also one of the better ones in th... moreBud the Realme C3 exists for the same price as this. That has the Helio G70. Though there's also the Google Pixel XL and the Lenovo K5 Pro which both perform way better than this, but not by as much as the C3. But they do have much better displays. Like the Pixel XL has a 1440p AMOLED panel.

joe nodden, 28 May 2020Ugh why do they bother including 3 whole useless extra cameras instead of putting the money to... moreDisplay is same as other phones in this price and chipset is also one of the better ones in this price. You can only get SD 439 or Helio P22 on its price.

Agree about the camera. They do this because people think more camera sensors = better camera phone, so it sells more.

Anonymous, 31 May 2020hope the is not gettin hot when you on the wifi hot spot Haven't seen heating complaint in this phone, but you should remember that hotspot can heat up any phone. Even phones that cost 300% more than this phony.

Especially if it's hot outside or if you're playing games.

Ghalayini Rama, 15 Jun 2020Its amazing put the cameras only one works whyPhones only have 1 main camera that does 90% of the work.
Extra cameras are only used in specific situations.

Hassan, 08 Jun 2020For all those asking for price, my cuzn just purchased it few days ago for 17000 here in karac... moreHasan can you suggest me how to connect OTG with mobile because I couldn't find options

Anonymous, 16 Jun 2020I also have the same problem, especially with the OTG not working.......infinix deceived us by... moreI have problem that i couldn't find the OTG option

I just bought my hot 9 for 60k 2 days ago, the battery can stay upto 2 days with heavy browsing, the front camera is sharper than the rear camera, finger print is fast, my phone is fast 3g ram 64 mem

The conference enhance fixture is not working.It gives error message whenever I want to add another call.

Total of 477 user reviews and opinions for Infinix Hot 9.
ADVERTISEMENTS