The Infinix S5 Pro is yet another affordable smartphone aimed at the oversaturated Indian market. It has a lot to show off starting with a large notch-less display and a triple-camera. It is also GSMArena's first Infinix smartphone review, so cue the drum roll, here comes the S5 Pro! 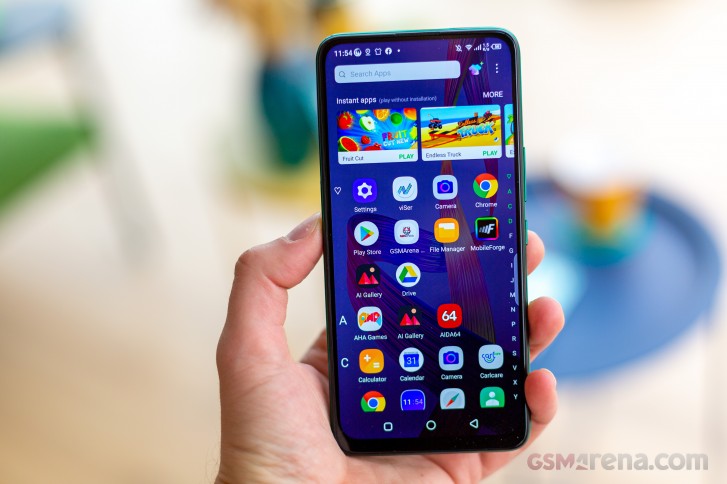 The S5 Pro is the company's most powerful smartphone to date, though you need to adjust your expectations as it's an INR 9,999 phone after all (the equivalent of US$135). The new S5 model employs the Helio P35 chip, up from Helio P22 in previous models, but its strengths lie elsewhere.

The Inifnix S5 Pro impresses not only with dazzling looks but with a large 6.53" IPS LCD screen of 1080p resolution that has no cutouts whatsoever. The 16MP selfie camera is hidden on a mechanical pop-up piece and thus no pixel had to be sacrificed for them selfies. 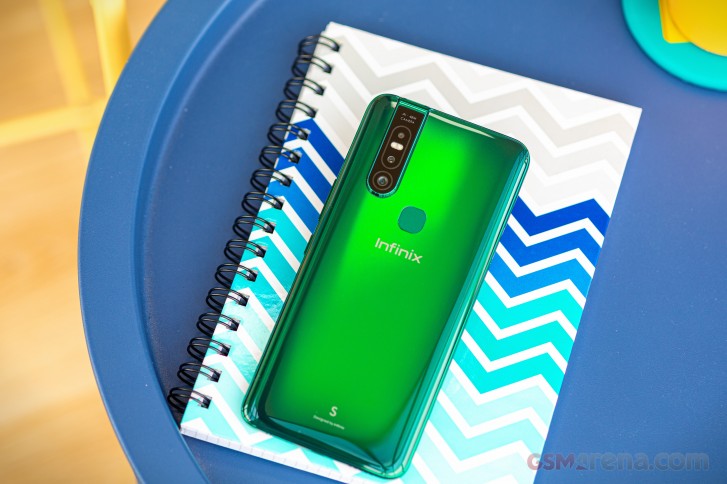 The S5 Pro also brags with a high-end triple camera on the back. It's not what you'd expect though - there is a 48MP primary behind f/1.8 lens, a 2MP depth sensor for portraits, and a QVGA teeny-tiny eye assisting in low-light somehow.

Finally, the S5 Pro had enough space to pack a 4,000 mAh battery under the hood, which should last for a couple of days. And we do appreciate the latest Android 10 version.

Well, the S5 Pro is no flagship, that's for sure, but for a $135 phone it does offer a lot. So, without further ado, let's pop that box wide open.

The Infinix S5 Pro retail bundle contains a 10W charger and a microUSB cable. You will also find a transparent soft case and a SIM ejection pin. 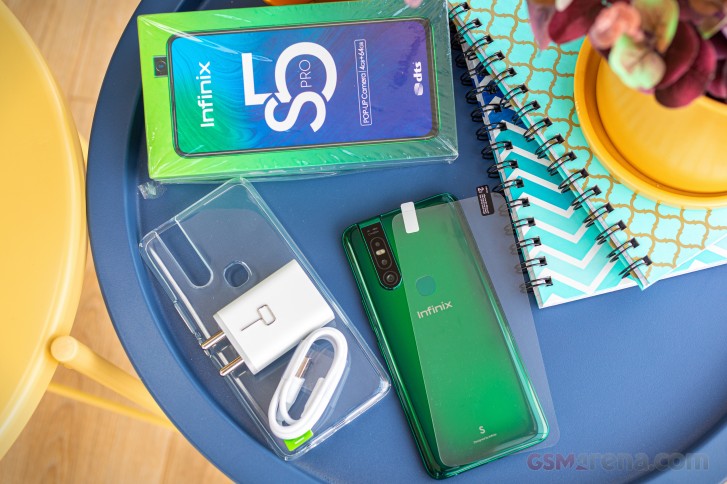 There is also a thin screen protector underneath a bunch of leaflets and all these accessories. It's not a glass one and doesn't impress with quality, but it's still a thing many users will appreciate having in the box.

Mine just charge slow. It took 2 to 3 hours to charge on its own original charger

A beautiful piece,sleek with a bountiful internal memory