Instagram adds emoji slider as another way to poll followers

Instagram has added a new way to poll something among your followers. While the previous polling option was binary, this new option instead lets your followers rate something on a scale. 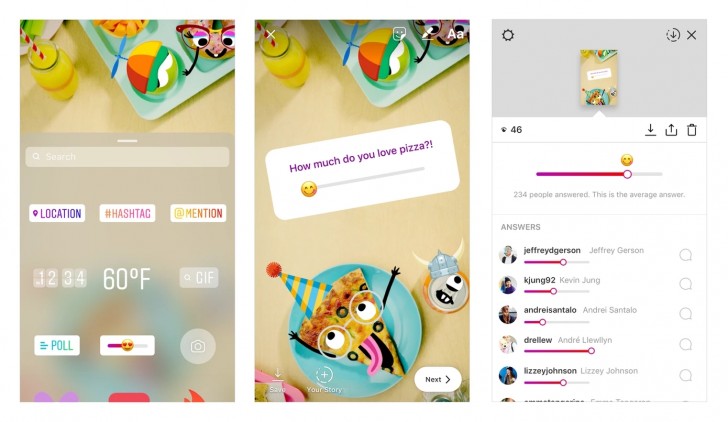 The emoji slider is literally just that, a slider with an emoji on it. You can choose from a set of emoji to convey what sort of response you are looking for something from your followers and they can then use the slider to show how much they feel whatever the emoji is suggesting. As with the poll, you can see just how much everyone of the people who voted care about something. Sounds silly but it's actually not a bad way to guage a response on something without using a lot of words.

The slider has already made its way to both the iOS and the Android app, and is now available for use within Stories.