Instagram is currently testing Direct, a new messaging app that was previously a part of the main Instagram app. Basically, the company has taken the direct messaging feature of Instagram and spun it into a separate app, turning it into the Snapchat clone it always wanted. 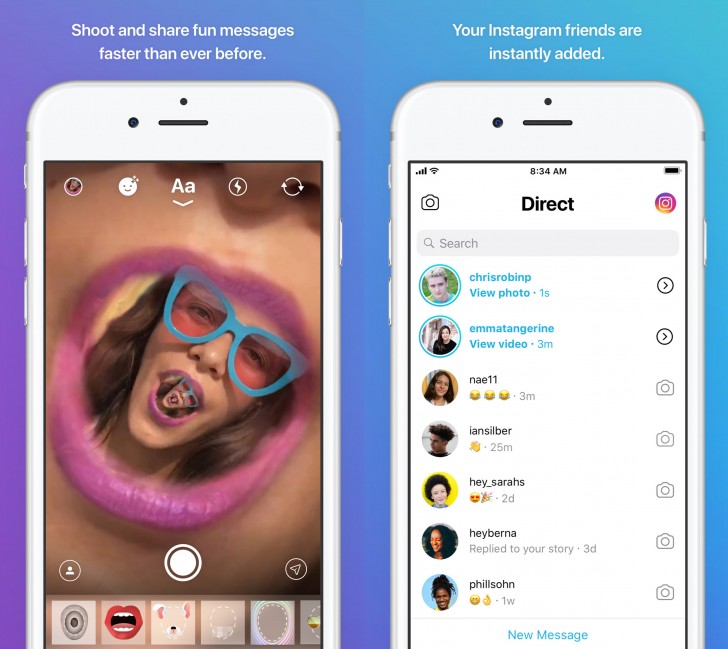 The app is currently available today in six countries: Chile, Israel, Italy, Portugal, Turkey, and Uruguay, on both, iOS and Android. There currently is no timeline for when this app will be available everywhere, if at all.

Like Snapchat, Direct opens up in the camera view, letting you quickly snap a picture of video and send it to someone. You can swipe left and go to your Inbox on the right or swipe right and go to your app settings. And that's pretty much it. Apparently if you keep swiping left from your inbox, you see the Instagram logo and are then sent to the Instagram app. Similarly, if you swipe right in the main Instagram app you will be sent to the Direct app. 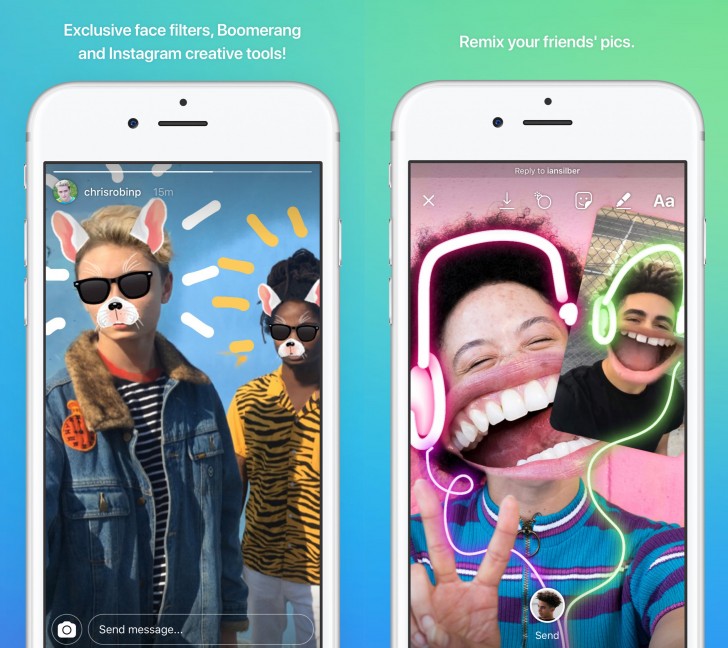 Direct messaging has been part of Instagram for a few years now but initially was extremely basic. The feature saw a big boost in functionality and user base after the launch of the Instagram Stories feature. It must be noted that Stories doesn't seem to be shifting over to Direct, at least not based on current screenshots. Whether that happens later or not remains to be seen but it makes sense for it to be within the messaging app. On the other hand, a huge reason Instagram Stories took off in the first place is because it was tacked on top, front and center, of an already popular app and there was no way for the user to opt out. With Stories moved to Direct, it could either help increase the user base of Direct or make people stop using the feature and the app entirely.

Instagram's rationale for this is the same one they had back when they separated Messenger from Facebook. They want Direct to be something bigger, which it can only be when it is on its own. However, unlike Messenger, which always had the potential to be a full fledged messaging app, Instagram Direct only really works or is relevant within the realm of Instagram and becomes largely irrelevant on its own.

Then there is also the question, just how many messaging apps is too many messaging apps? Never mind others but Facebook itself right now has Messenger as well as WhatsApp and now we have Direct. These are still three different markets and Facebook might just be hoping it stays that way but there is a certain amount of fatigue that sets in simply knowing you now have to deal with so many messaging apps and eventually people pick one or the other.

Personally, I don't mind Direct much. I would miss the lack of messaging facility in the main Instagram app but if it means there is even a small possibility that Stories goes away from it and we go back to the good old days of pre-Facebook Instagram then I'm completely fine with it.

They supposedly seperate the app so that they will double their income, what a terrible move

D A M N. When Instagram used to be good, taking all those square pictures and an app for your feed, no ads and other nonsense... we're going down

Old Instagram without stories and direct is way better