While the service has had a vertically scrolling timeline since it launched back in 2010, the company today started rolling out a server-side update that changes the way timeline scrolling works. Instead of vertically, it now moves sideways, one post at a time.

Update: After severe backlash, the company swiftly rolled back the changes and the timeline is now restored to the way it was before.

Instagram Head Adam Mosseri said on Twitter that it was just a "very small test" that went "broader than we anticipated". Instagram later released a statement saying it was due to a bug.

A "bug" with a UI explaining how to use it. Cool story, Instagram.

You can either scroll horizontally or just tap on the edge of posts like you would on a Snapchat Instagram Story. And just like the Story, it would scroll to the next or previous post on the timeline. You can still scroll on posts that are albums of multiple images and videos, which, idiotically, is also still horizontal scrolling. If you scroll up, you see the comments for the post. 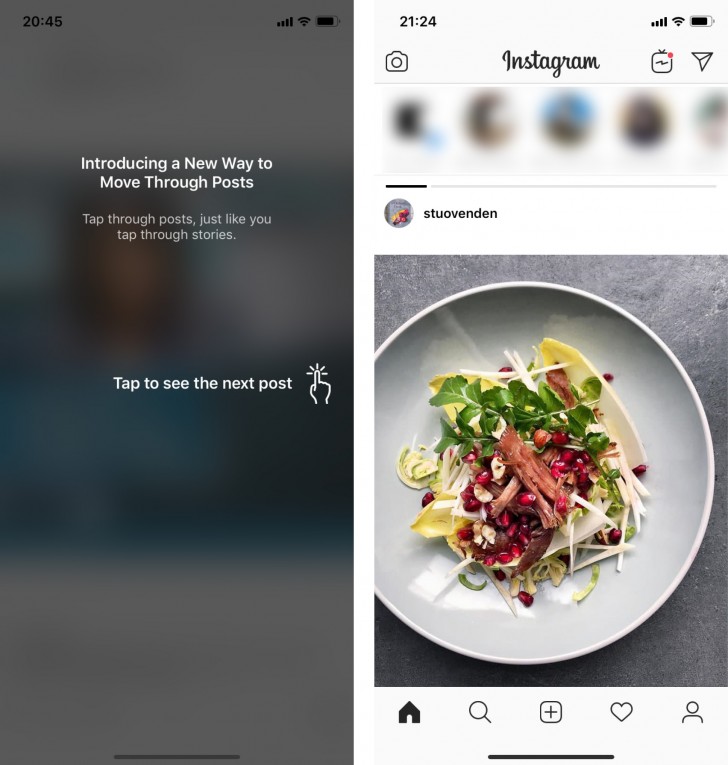 The rest of the app has strangely not been changed at all despite this massive change to the core element of the app. The Story view at the top, the messages inbox and the Story camera mode are all still in the same place, except you now have to click on their respective icons to open and can't just scroll sideways like you used to.

Other sections of the app are also curiously the same. The Explore section looks the same, as does your Profile page, which still scrolls vertically.

The new update changes how you interact with the timeline. You are now pretty much forced to stop and look at each and every post individually and can't just scroll past things quickly. This of course includes ads, which you could previously scroll past quickly since they almost always appeared after three regular posts.

It also ensures all posts are now the same size, which is one whole page. Previously, some posts would take up smaller size on the page due to their aspect ratio, which wasn't a problem originally when the service started and everything was 1:1. 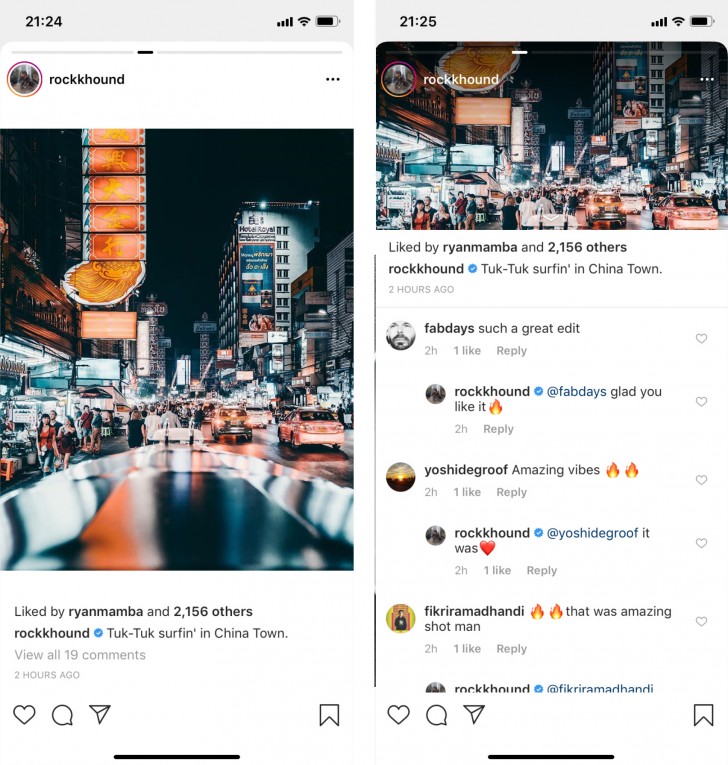 You also can't slide the scroll bar that appears at the top to move around the timeline. The timeline is no longer one long page and it is essentially just a series of posts now.

Oh, and it's still not chronological. But you probably already guessed that by now.

As with the other changes, people will get used to this one as well over time. But the question is, whom does this benefit exactly? And is Facebook just pushing people's buttons now with these Instagram updates to see how far it can go before it reaches the breaking point? A quick search on Twitter right now for "instagram" will reveal precisely 0 people who are happy with this update, and it hasn't even rolled out to everyone yet.

This trick of testing the patience of users to see how far they can go before snapping is getting old now and it rarely ends well for the company doing it. Snapchat paid for it dearly when it massively changed its design earlier this year, much to the chagrin of its users. People simply abandoned the service to greener pastures because that was easier to do than getting used to the new design.

Instagram's biggest advantage for now is possibly that there isn't a greener pasture to move to, which is why it's comfortable pushing controversial updates to its service knowing full well the users aren't going anywhere. And with the momentum behind it now, not to mention Facebook's purchasing power and complete lack of ethics when it comes to copying its competitors, there will probably never be a big enough competitor for them to worry about.

You mean wasting time looking at random "pseudo" star pictures? I hope Facebook will ruin it completely when :)