Facebook is apparently in development of a live video feature for Instagram. It was spotted by a Nexus 6P user in Russia, running a beta version of the app. 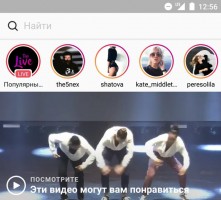 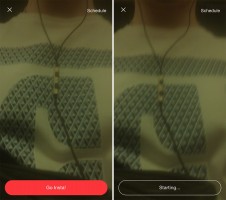 Going into the Explore tab gives you a Live section in the suggestions bar with popular live videos (of which there obviously aren't any at this point, but that's what the functionality should be like in the final version). If you want to share a live video yourself, you hit the big red Go Insta! button. It seems scheduled live broadcasts will also be possible, judging by the screenshots.

With Facebook Live having been around for a while and the introduction of Instagram Stories a couple of months ago, it seems like live videos on Instagram was the next logical step. Well, it's happening, it's now just a matter of 'when'.

Is this a live stream feature? For who and why would this be useful? Can anyone help?

Your right! Instagram needs to improve the video duration limit its just to fast. Maybe they are protecting it form being spam like what's happening in Facebook