Intel Atom based smartphones to go on sale starting tomorrow

Intel CEO Paul Otellini announced during a financial earnings call that the company's first Atom based smartphone will go on sale "later this week".

This is not really a surprise because the Indian company Lava, with whom Intel partnered to make Atom based Android phones, has already announced their intentions to launch the Xolo X900 tomorrow, April 19, in India. 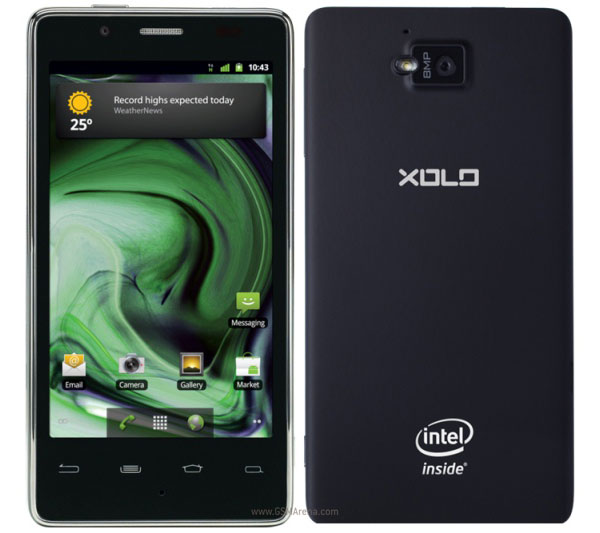 Just in case you are not aware of this phone, it has a 4.03-inch display with 1024 x 600 resolution (295 PPI), 8 megapixel rear camera with flash, 10fps burst mode and 1080p video recording, 1.3 megapixel front camera, 1GB RAM, 16GB internal storage space, HSPA+ connectivity up to 21Mbps, HDMI out and NFC built-in. Unfortunately, the phone will be sold with Android 2.3 Gingerbread at launch.

The Xolo X900 will use Intel's Atom Z2460 processor that has a single-core 1.6GHz Saltwell CPU with Hyper-Threading, PowerVR SGX540 GPU clocked at 400MHz and 32-bit Dual channel LPDDR2 memory. This processor, however, is based on Intel's x86 architecture that differs from the one that ARM uses on almost every other SoC on the market, which means application compatibility is going to be an issue initially.

No price has been mentioned so far for this device although we expect it to be around $500 unlocked, considering Lava's reputation for not being a premium brand.

Unfortunately, the rest of the world will have to wait for now, because even the Lenovo K800 is slated to launch only in China.

AFAIK, mostly games will have trouble with this type of CPU. 99% of apps won't be affected. Explanation: If there is a .so (object file) file in .apk (.zip) then this app/game won't work.

x86 architecture - processor of choice for windows 8 tablet tho'!

and who the hell told you current win 7.5 wont get appolo. Microsoft never said that. Atleast current lumia range will have it.