Intel are serious about getting into the mobile phone business with phones like the Orange Santa Clara. The Intel Atom Z2460 chipset however drew some ridicule for its single CPU core.

Early benchmarks show, however, that the single (but HyperThreading-capable) core packs a lot of punch. A lucky CeBIT visitor had a chance to run a couple of browser-based benchmarks, which are easier to access than dedicated apps.

The Santa Clara scored nearly 90K on BrowserMark, beating an iPhone 4S by a slight margin. The Samsung Galaxy Nexus, which uses the highly-optimized Android 4.0 ICS browser, scores over 100K on this benchmark, but the Santa Clara is still on Gingerbread and should see its scores jump after the planned ICS update. 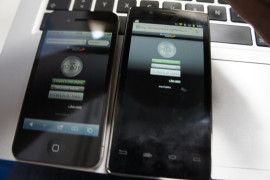 The Intel-based droid also posted some impressive scores on Vellamo. It managed to outpace the Galaxy Nexus and placed behind the quad-core Asus Transformer Prime and the dual-core Xiaomi Mi-One Plus. 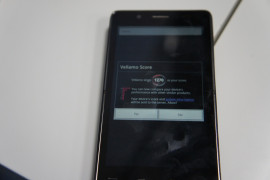 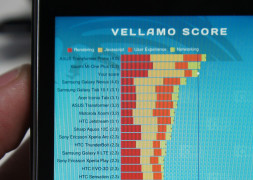 The Orange Santa Clara used for these tests ran Android 2.3.7 Gingerbread and its Atom CPU was reportedly clocked at 1.4GHz. Browser-based benchmarks are not the best at pushing several CPUs to their limit (and much less when it comes to the GPU), but these are pretty encouraging results, especially with a dual-core Atom chipset on the way.

what company manufactures the phone because im thinking of getting it but i need to know how it'll work.

i dont think intel has an issue with its proccesing power, its the power consumption.

Intel should utilize their i processors instead.