Intel, vivo and MediaTek also pull out of MWC over Coronavirus concerns

The list of brands pulling out of MWC due to the Novel Coronavirus is expanding in numbers. Last week, LG announced its plans to skip this year’s trade show, while ZTE cancelled its press conference but said it will still attend the show. They were followed by Sony, Nvidia and Amazon who canceled their participation yesterday. Today, vivo issued an official statement which reads as follows:

vivo has been closely monitoring the Novel Coronavirus Pneumonia (NCP) outbreak and continuously evaluating planned activities. The health and safety of our employees and the public are our top priority. Based on the present situation, we have decided to withdraw from our debut at MWC 2020 and other related events later this month in Barcelona, Spain.

We will soon introduce the APEX 2020 concept phone which we had originally planned to showcase at MWC. We will share more updates in due course.

We apologize for any inconvenience caused and would like to thank our partners, media friends and consumers for their understanding.

TCL has also confirmed it will cancel its big MWC press conference which was initially scheduled for February 22 but will still attend the conference from February 24-27. Here is the full statement:

Given the recent global health concerns due to the spread of the 2019-nCoV virus, and out of an abundance of caution and care for our staff, customers, press and other guests, TCL Communication is canceling its global press event for MWC 2020, which was planned for 22 February 2020.

This decision does not impact any other MWC 2020 activities planned by the company and TCL will still announce its latest mobile devices and showcase them at its booth in the Fira Gran Via – Hall 3, Stand 3D11 – from 24-27 February as scheduled.

Intel and MediaTek were two more companies that also announced they are pulling out of MWC. Yesterday, the GSM Association which organizes MWC issued a statement of its own where it acknowledges the severity of the Coronavirus outbreak but confirms there are more than 2,800 exhibitors who are still participating. 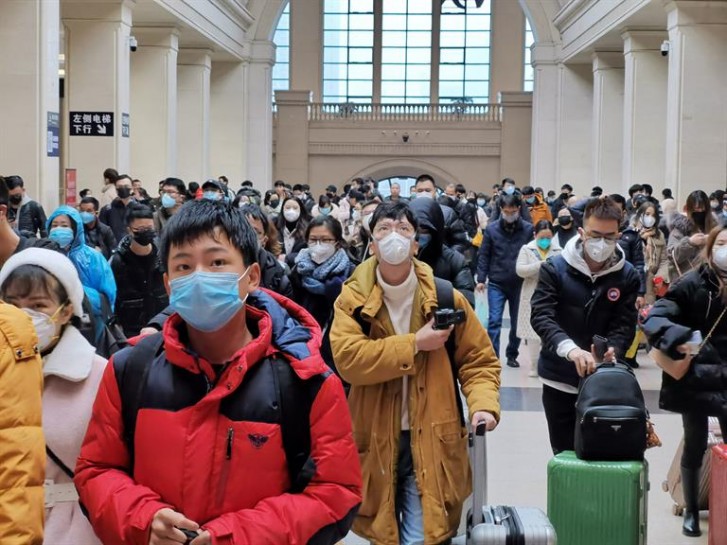 The GSMA also posted its updated health and safety measures in order to reassure the well-being of all attendants. The most notable rule is that travelers from China’s Hubei province will not be permitted. In addition, all travelers who have been in mainland China will need to demonstrate proof (passport stamp, health certificate) that they have been outside of China 14 days prior to the event.

This just keeps getting worse and worse. At least now we know what a virus outbreak in China can do to entire tech industry. The Chinese trying to cover up isn't helping with paranoia either, I'd believe.

Imagine one infected person join that, maybe a person from outside Spain... then the whole people there got infected then go back to their home...voila, mass infection..