Intel's holdout against making ARM chips comes to an end

Unable to break through with its own mobile Atom chipset, it seems that Intel finally raised the white flag and has decided to begin manufacturing 64-bit ARM chips of its own. 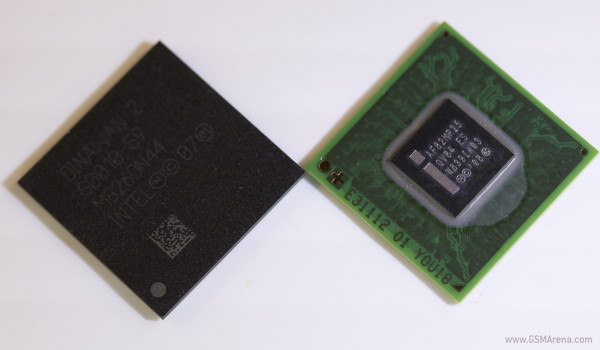 The ARM architecture's supremacy in the mobile market has been a result of the varied and competitive core licensing terms provided by ARM Holdings. This has allowed a variety of manufacturers - including Samsung, Apple, Nvidia and many more - to use ARM's core designs to create integrated SoC's of their own. In 2010 alone, an incredible 95% of smartphones shipped with ARM-based CPU's.

It was obviously in Intel's best interest to stop resisting the adaptation of ARM in the mobile realm, and its decision to enter into the fray against other semiconductor foundries (most notably Samsung and TSMC) brings up some interesting permutations.

First, will Intel's historic rival chipset manufacturers like Nvidia and Qualcomm be willing to do business with it over rival foundries? Second, what sort of advantages will Intel's 64-bit architecture offer?

This also opens up some interesting possibilities for Apple, who would love to be able to break ties with Samsung as the primary supplier of the ARM-based Ax SoC found in its iPhone smartphones and Apple tablets (including the upcoming A8 chip). It's a process that's been hinted at in the past, and estimated to take as long as a year and a half and cost Apple between $1 - 3 billion.

Intel's potential ability to make high quality 64-bit ARM CPU's may be enough to entice Apple into taking the plunge, and perhaps even get an exclusivity agreement in the meantime.

looks like innovation at intel just dropped - it will produce 64 bit arm chips from next year. at least it accepts that baytrail cannot yet compete with the mobile chip giants like qualcomm n arm.

Nah, Intel won't. Believe me, Intel won't kill the competition. Qualcomm offer a good compromise between price and performance and is default in Windows Phone while Apple will use apple designs n' Power VR's gpus no matter what Intel come with. So,...

Indeed. Any idea from Apple is considered magical and revolutionary no matter how copied or moronic they are. Fingerprint, well, correct me if the Moto Atrix wasn't the first to have this feature and 64bit... ARM was working on the design for qu...