It was late December when the Samsung Galaxy C5 Pro carrying a model number of SM-C5010 was spotted on the website of the WiFi Alliance. Now, the device has again appeared in that database, but the model number it carries this time is SM-C501X. 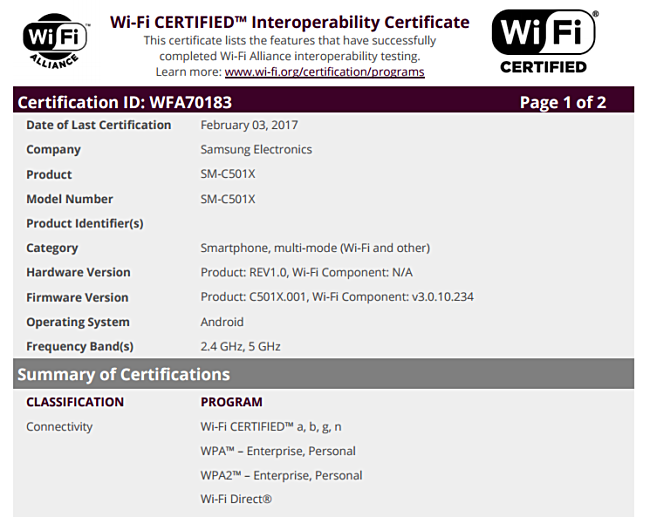 It's likely that the model that was certified the first time around was the Chinese model, and the one that has now been spotted is the international variant.

The device, in case you aren't aware, has not only been spotted in benchmark listings, but has already cleared TENAA and the US FCC as well. Its rumored spec-sheet includes Snapdragon 625 SoC, full HD display, 4GB/64GB memory configuration, and 16MP/16MP camera combo.

It's Nice, our budget not Carry