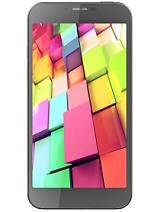 i am a unlucky user of this mobile,, front camera is ok but back camera is just 3rd class,,features are not special

Sure, 08 Oct 2015How is the internet speed in 2g ?One of the worst phone I ever think battery is very bad even always create some problems

The phone is very bad. Lot of heating problem with even few seconds of call. Ringing sound for outgoing call is so irritating. Overall sound is also bad. Battery performance is very very poor. It takes almost same time to recharge. Radiation is also quite high. Display is not attractive one, and the ratio creates problem in viewing.
Main board is also poorly organized. One should not buy this phone at all. It is an utter waste of money.
There are so many advertising apps, only create nuisance for the user. Active flip cover is also irritating.

s kumar, 06 Aug 2015hello guys i m also have this fone and this fon is awesome no lagging battery back up is too... moreHow is the internet speed in 2g ?

This is good phone b

Nice specifications and worth for Mopney. But its getting heat suddenly. Non removable battery and backup was too worst

I have this phone its working nice, but I dont think its camera is 13mp....

super phone but im not buy

Its a very very good phone. Compare to other its better choice.

hello guys i m also have this fone and this fon is awesome
no lagging
battery back up is too good better than any samsung fon
its use 1 persent batter on stanby over the night its my personal test
i recomennd buy this fon 1 time bfore bying a samsung fon to avoid mobile charger taking in your pocket all time.

Pankaj, 05 Aug 2015Just a mind blowing peice....can't find any single problem in its use...awesome touch, camera,... moreu r right bro. i m also take this fon and its no lagged from the beggning

Just a mind blowing peice....can't find any single problem in its use...awesome touch, camera,design....u get everything a best smartphone can have at this range... :)

I had purchased Intex Aqua Extreme and the phone was good. Suddenly one day the screen cracked without any physical damage as it was in my pocket. So no fall or impact was on phone. I had sent it to service station for replacement.

Even after writing mail and following up, I had still not received my mobile nor an update on when it will be ready. Almost after 2 months that I have submitted the mobile for screen change I received a replacement phone.

I need to go to customer forum and complaint against this company.

IT IS A BIG TIME CHEAT. NEVERR BUY INTEX MOBILE.