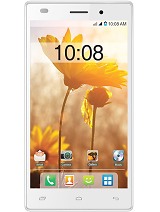 Intex Aqua Power Plus is a phone you should never buy if you're sane.
I bought this phone last year in june
Thought the features were pretty cool
But I did'nt know that it would become a pain in my ass. Around three months after i bought this phone, it started having some battery problems
The battery won't store even the port had some problem, so i send it to the nearest Intex service centre, they took around 2 months to repair my phone and send it back
And even after that i started encountering the same problems after a week or so
I went to the service centre again
And i must tell you the people working in the service centre are not at all nice, they don't tend to the customers properly
I bought a new battery for 1100 bucks and got the port fixed again went home thinking it would be fine now
Turns out, when i charged the new battery the same evening it won't store
Even the new battery had a problem
I had to go to the service centre yet again where the staff is not at all welcoming
I got the problem fixed yet again came back and a few days later the phone again started giving me the same problem.
So obviously i got it fixed again
And i must tell you that i am a first year college student and i live in safdarjung enclave and i had to make those errands to the service centre around 2 times a week
even 3 during my exam days
And now after 2-3 months it has again started giving me problems the USB port does not work So i can't charge my phone even the earplug port does not work
properly, there's a problem with a display too which i take the full blame for...just the screen
Except that the phone is a mess
Its mental torture
And i would suggest all of you to NOT make such a mistake and the rest is your wish...

Charging probbb.......
Mobile showing charging but not charged. And charging is decreasing why plz anyone help me.....
.
What I doooo??

Camera quality is not good. Not like 13 MP. Photos are always hezzy.particularly photos of letters/ documents are bad. Letter are not legible. Any option of improving the quality?

vikas, 21 May 2016Charging problem Mobile showing charging indication but not charged and charging is decreasing whyI think may be in ur house ...the power supply Is low ...so it can't be charged quickly

It's a very good phn...I bought this phn on 15th august 2015...till now I don't have any problem ....battery back up is superb ...2days of backup for normal usage 1day of backup for data usage all the day ..(do u people think u will get a iPhone instead of this phn in this price) ...ahh ...just stop complaing abt the battery ...problem is in ur house...if the power supply in ur house is low the charger didn't work properly ....finally its a very good phn

charging problem and network problem costs RS:1250 in authorized intex service centre. its not a good mobile....i advise to go for oppo f1 or red mi......camera is also not 13mp.intex have cheated us.....

Shambhu, 27 Apr 2016Tooo much heating......... while playing clash of clans on Wi-Fi after 30 minutes heat , heat ... moreMobile showing charging indication but not charged and charging is decreasing why

Stupid phone it has charging problem

Phone is fantastic,quality of charger is obsolete

Kamei, 11 May 2016I too bought the same smart phone (Aqua power+) and after few months i started experiencing ch... moresame problem for me

Kamei, 11 May 2016I too bought the same smart phone (Aqua power+) and after few months i started experiencing ch... moreI am also facing the same problem ........and after seeing lots of comment with the same problem I think it's a problem of charger only because after change it I feel that it will charging good.

I am also facing the same problem that when I connect a charger it shows charging but not charged and decrease the battery percentage continuously. But when I connect my micromax charger it will charging good.I am also giving my handset to service center for solve this problem but they can't solve it .

I also had same charging issue. I give my phone to service centre. They charge a plate or wire and now. My fone is perfectly alright. So it is hardware issue.

I too bought the same smart phone (Aqua power+) and after few months i started experiencing charging problem don't know why my phone never get charged...even though it is in charging mode my battery percentage keeps on decreasing.