iOS 11.2 unlocks faster wireless charging on iPhone X, 8 and 8 Plus

Apple is unlocking faster wireless charging on the iPhone X, iPhone 8 and iPhone 8 Plus with the iOS 11.2 firmware update.

Up until iOS 11.1 the Qi-enabled iPhones could charge wirelessly by up to 5W and after 11.2 they can go as high as 7.5W - this was divulged by accessory maker RAVpower. 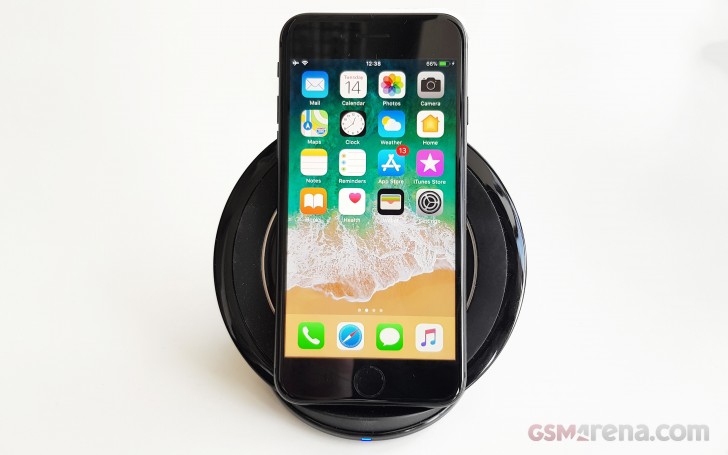 The new, higher speed of the iPhone 8, 8 Plus and X doesn't quite put them as high as the competition from Samsung (which can reach 15W through a supported charger) but it may turn out that in practice they'll charge equally fast.

There are several officially supported Qi fast wireless chargers for the iPhones from Mophie and Belkin, but the Apple trio should be able to reach its new maximum 7.5W charging speed with any wireless charger that has the output.

lol i easily see 70% and more android around than iphone. Go hide in your safe space ;)