iOS 4.3 GM is in the devs hands, already jailbroken and tweaked

Since the iOS 4.3 update is coming this Friday it's no surprise the Gold Master image is already into the developers' hands. The better news is the GM is already jailbroken, benchmarked and the fancy multi-touch features are still inside and can be unlocked.

The 4.3 Gold Master build has been successfully jailbroken. You'd need Mac OS X with the PwnageTool to jailbreak yours, but make note it's a tethered jailbreak only so we suggest you wait until a better version is out. In case you're into it, here's a complete walkthrough right here. 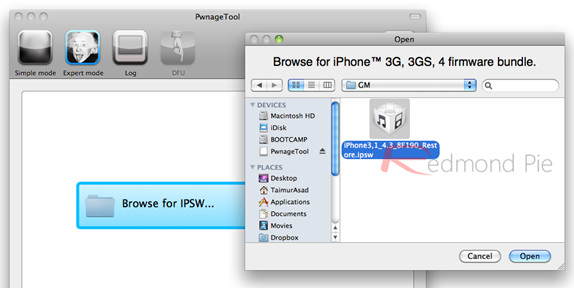 You can jailbreak with the new PwnageTool under Mac OS X

Another new thing is that you now can buy ringtones directly from the iPhone. A new shortcut in the ringtone settings points to the iTunes store. The shortcut for buying ringtones

Now let's talk about those multi-touch gestures. If you remember Apple stated the gestures that won't be included in the final iOS 4.3 update. They were available in the beta just as a preview to gather some developer input. Despite that there is a way to unlock them even on the Gold build. You'll need to jailbreak it and follow this easy guide. We hope they'd still be there in the final release. 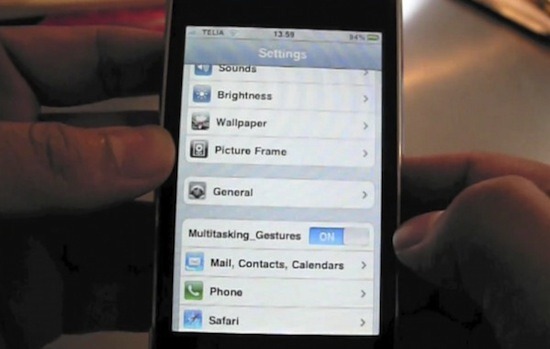 And finally, it seems that the new Safari Javascript engine is indeed a viable improvement over 4.2. A test done over Wi-Fi reportedly shows that the iOS 4.3 Safari loads a few seconds faster than the one in iOS 4.2. Unfortunately, since then the video has been removed, so we'd have to take the word of the lucky ones that got to see it in time.

The iOS 4.3 hits the iDevices on 11 March. As usual - unlockers better stay away for now.

i can't get it.it says it is already jailbroken.it also says to jailbrake from mac os?if is already done,then what to do with mac?reply please..

i can't get it.it says it is already jailbroken.it also says to jailbrake from mac os?if is already done,then what to do with mac?reply please..

This is for the people thats says dumb things about jailbreak. 1rs: When microsoft make DOS & windows they allow (off the record) to make copies and thats why it became a MONSTER Company; because allowing it, they got what they want, be in eve...