Recently, there have been reports of the iPhone 4S having cellular performance issues after updating to the new iOS 6.1 update. Vodafone even suggested its customers not to upgrade to iOS 6.1 if they have an iPhone 4S. 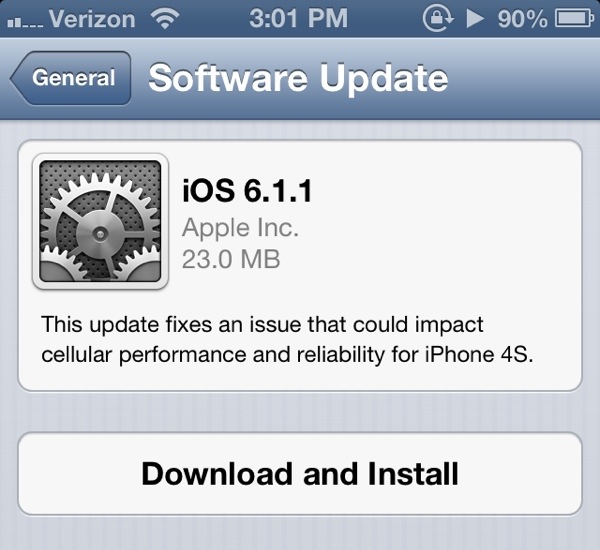 A few days later, Apple has released another update specifically for the iPhone 4S. The iOS 6.1.1 update release notes state exactly what you'd expect, updates to the cellular performance and reliability of the device.

The 23MB update is now available for download on the 4S. Other iOS device users need not bother checking.

I updated my Iphone 4s with 6.2 update . Now I have no network signal. How do I get the signal back?

please do help me I'm confuse in using iphone 4s since its my first time to have this. my sim card is sometimes register field the later on it work out after few hourd. what should I do for this problem.