iOS 7 comes out today over the air and through iTunes

Apple's iOS 7 went through its usual beta stages, then followed the Golden Master release, and as planned, today the new iOS will be seeding to those with iPhone 4, 4S and 5, iPad 2, 3, 4 and mini, as well as the iPod 5th generation.

The update is coming in two ways - you can get it over the air through the dedicated menu in your iDevice or by connecting it to iTunes. Those enrolled to test out iOS 7 through its beta stages, currently on Golden Master will need to restore their devices in order to get the final build. 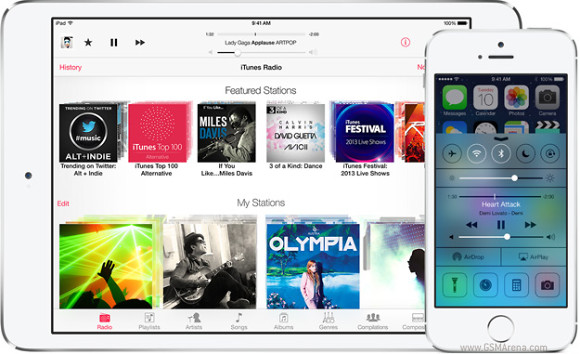 It's expected iOS 7 to hit users on the US east coast around 1 PM and west coast around 10 AM, while Europeans will get it sometime in the early evening hours and Asia during the night.

You can check out our dedicated iOS 7 review, but if you don't feel like reading, here's a nice video made by LifeHacker.com, which shows some of the new cool features and how to use them.

So you own an iPhone with iOS 7 then? I do, and none of those things you mention have happened to me, and neither has it happened to my friends. Hmm.

That's funny as it gets. Every office girl in Singapore, Hong Kong and most Asian countries buy these iphones on installments because they think they look cool with when they fit it with their custom cases. Nothing elite about that. Making pa...