iOS 8.2 has been in the works for quite some time. Last month we reported that a beta 5 version of the software has been made available to developers and rumors point towards next Monday - March 9, as the official release date for the final build. This does fit together nicely with the "Spring Forward" event, which is also set for the upcoming Monday and will be centered around unveiling the new wearable. 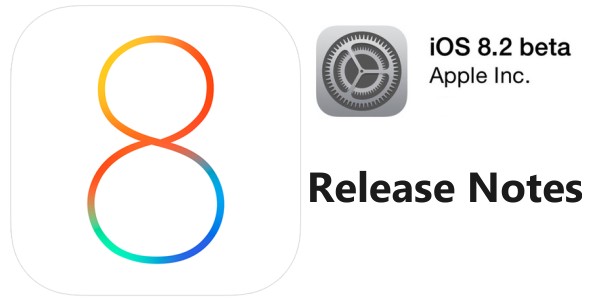 The new iOS version, which mainly adds support for the smartwatch has reportedly received one last GM build before the live update goes out next week and the release noted for the package have managed to slip through the crack. This gives us a sneak peek at what Apple is working on it terms of support for the wearable, as well as some big and stability fixes in the OS itself.

Below is the full internal change log for what is cited as build 12D508:

Looking at the list, there are, indeed, some interesting new health features added in the mix, like integration with 3rd-party apps and different units of measurements for body temperature, weight, height, distance, and blood glucose. The pedometer will also, apparently, feature a privacy setting, allowing the user to turn it off at will.

It does, however seem that despite all of the development and testing time Apple has had with iOS 8.2, this last-minute build does address a lot of bugs and issues, some of which sound pretty severe. Calendar time zone issues and audio transfer, for instance don't sound like things that should have been rolled over to the final betas, but there might be more to the story than meets the eye.

We're still sour with the poor battery life of iOS 8.1.3 on the iPhone 6, so hopefully, no major issues will come with iOS 8.2. We'll be sure to revisit the matter once we get the new update, so stay tuned.

I suppose they still haven't fixed the choppy video recording issue when you pull the notification bar down whilst recording. Unbelievable. This has been buggy since the first release of iOS 8.