The leaked iPhone 6 dummies are everywhere these days, smiling for photo shoot after photo shoot. Now though, it's the iPad's turn to get its very own dummy out there.

Starting a possible onslaught of iPad-related dummy leaks is today's trove of images purportedly depicting the iPad Air 2 (or iPad 6). This comes after a previous leak portrayed the upcoming tablet's front panel a while back. 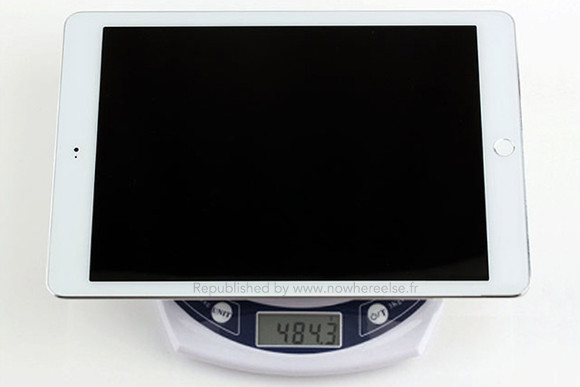 As you can see, the successor to the iPad Air from last year may weigh around 484g (at least in one specific iteration), which is just a bit more than the original iPad Air - coming in at 469g for the Wi-Fi model, and 478g for the LTE-capable one.

The next iPad is apparently set to come with the Touch ID fingerprint sensor built into its Home button.

The sources for these images claim that what we have here is the final design for the iPad Air 2, perfectly replicated in dummy form.

The new tablet should come with Apple's next-gen A8 chipset, which will bump up performance compared to its predecessor.

The iPad Air 2 will probably be announced this fall alongside the iPhone 6.

The reality I am disappointed. Not yet integrate a flash to the rear, either the camera or the notifications bahhhh

hahaha, LMAO Does the touch panel work in the water now! I wasn't aware of this.....