iPadOS 15 gets widgets on the home screen, App Library and better multitasking

Alongside iOS 15, Apple today also announced iPadOS 15, coming to an iPad near you this Fall after the usual developer testing and public beta testing phases.

With iPadOS 15, Apple is introducing a bigger widget format, which should work better on the larger screens that tablets have compared to phones. And yes, this mean homescreen widgets have finally arrived on Apple tablets. The new widgets for iPadOS include Find My, Contacts, Parcels, and Game Center. Oh and guess what, the App Library is there too, having first been introduced in iOS 14 and for some reason taking a full year to make it to iPads. This is Apple's version of an app drawer, it's a dedicated screen that automatically sorts all the apps you have installed on your device so you don't have to scroll through a gazillion home screens to find any particular app. The App Library is built into the Dock, so it's easy to get to from whichever screen you happen to be on.

There's a new multitasking UI too, allowing you to quickly make apps full screen, or enter Split View, or use Slide Over. In Split View you can swipe down to replace an app with a new one on either side, and the same works for apps with multiple windows. 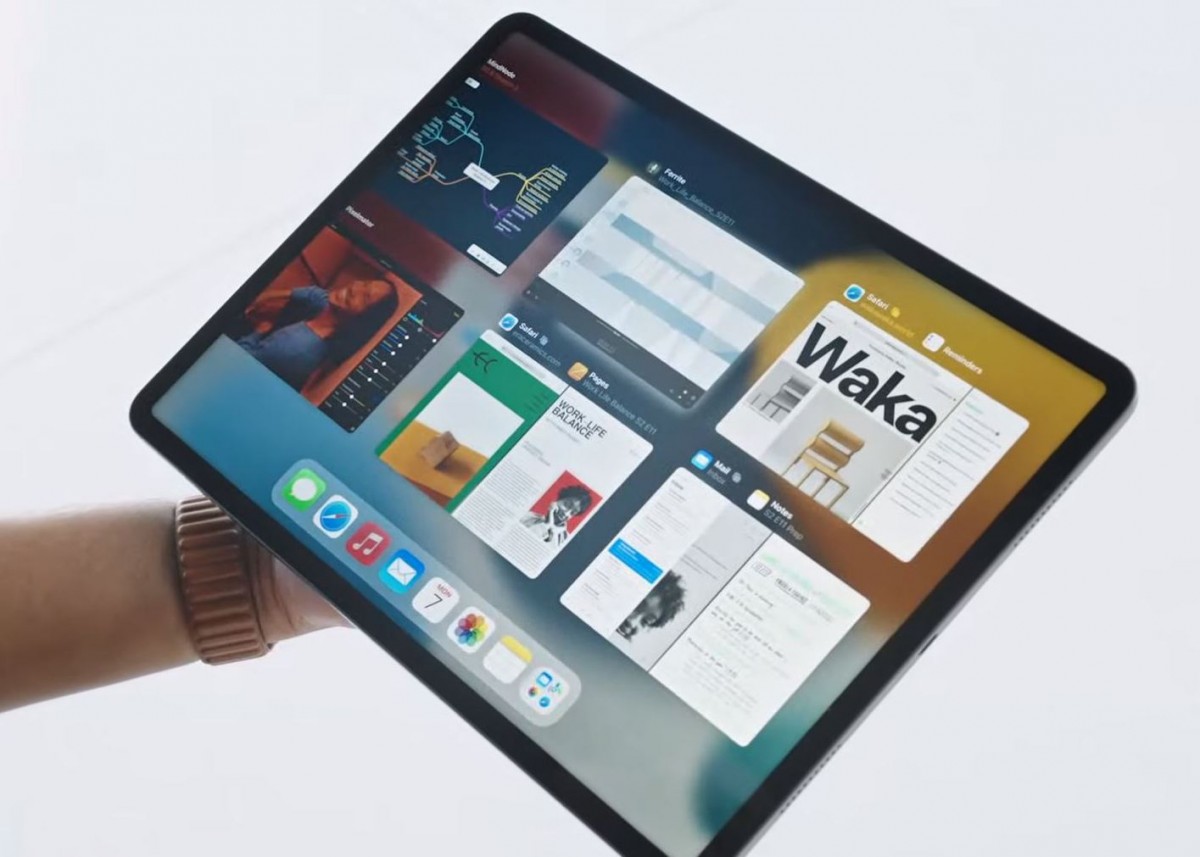 Speaking of, the new Shelf lets you access all open windows of any app - think multiple Safari windows, and even windows that are paired with other apps in Split View. All of these new iPad multitasking functions are getting keyboard shortcuts too. The Notes app for iPad is being improved as well, gaining support for mentions (to tag people for them to receive a notification), and a new Quick Notes feature with which you can quickly (hence the name) jot down notes on iPad, Mac, or iPhone, capturing content from other apps and websites if you need to. The Translate app is headed to the company's tablets for the first time in iPadOS 15, complete with auto language translation of what you speak. There's systemwide translate too, working everywhere in the OS, including with Live Text. 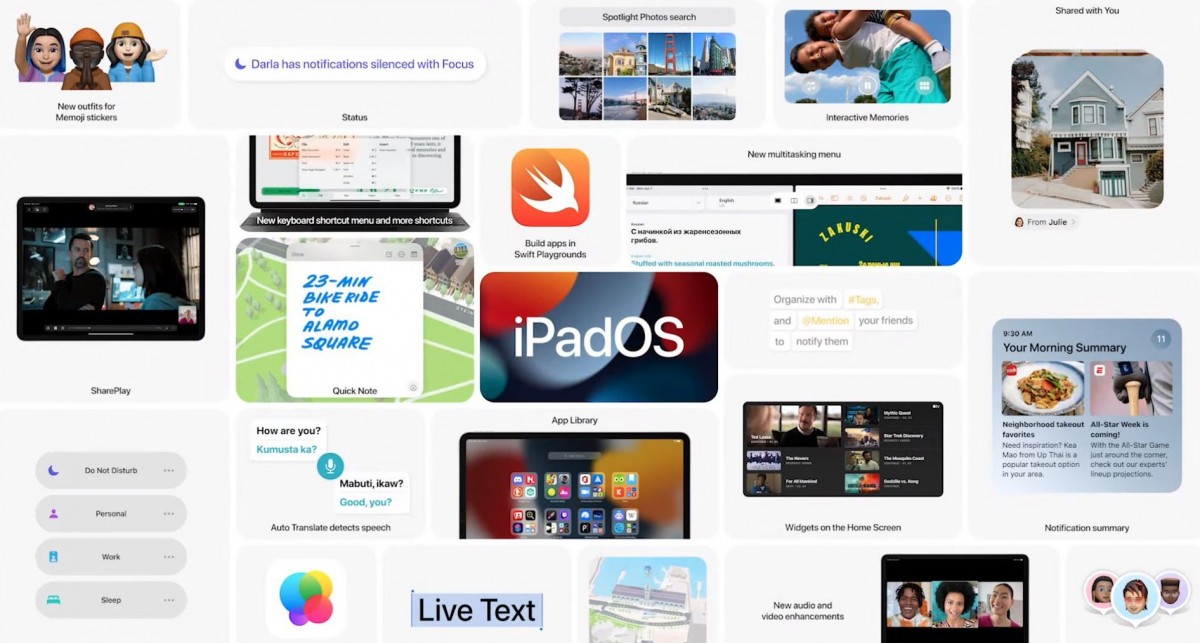 Finally, with Swift Playgrounds you can build apps on iPad, with improved code completion and a bunch of new libraries and guides, and when you're done you can submit your app straight to the App Store from your tablet.

The first iPadOS 15 developer beta will be available later today, while the first public beta will come out in July.

I don't want an half baked OS with third party file manager. It HAS to be built in the OS

So can you give some examples or not?

I partially agree, the only feature that was added post release and that I use daily is multitasking. I was referring mostly to security features and third party app support. My Android 6 smartphone on the other hand lacks many fancy features from ap...