After many months of rumors, purported leaks, and speculation, Apple will finally make the new trio of iPhones official on September 10. And today out of China comes a new report that seems to leak all of the new devices' specs. Before we go into the actual information, don't forget to take all of this with a healthy serving of salt - it's just an unconfirmed rumor at this point. That said, a lot of the stuff in it lines up with what we've heard in the past, and the rest is at least plausible. 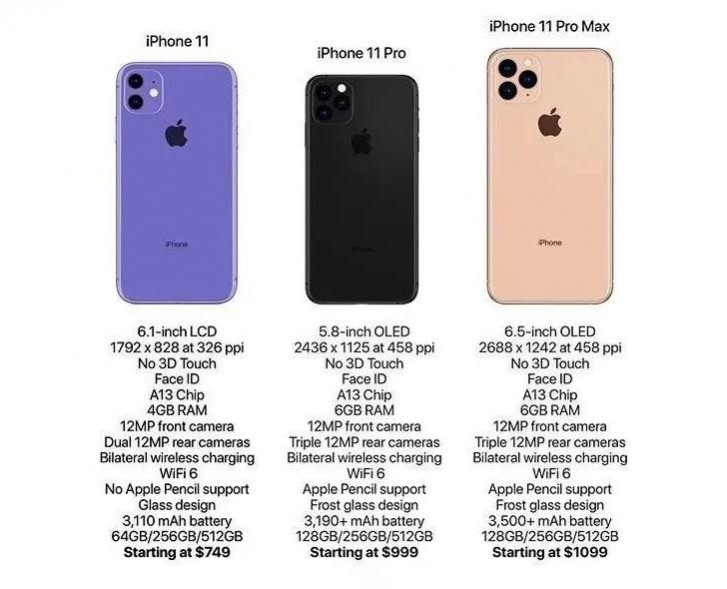 This is the successor to the iPhone XR, and hence Apple's entry-level option for late 2019. Like the XR, it will start at $749 in the US, and it will feature the exact same screen as its predecessor. The A13 chip is in, aided by 4GB of RAM. The front camera is 12 MP, and the Face ID sensor will be angled in a way that makes unlocking work at wider angles. So maybe even unlocking while the phone sits on a table will be possible. 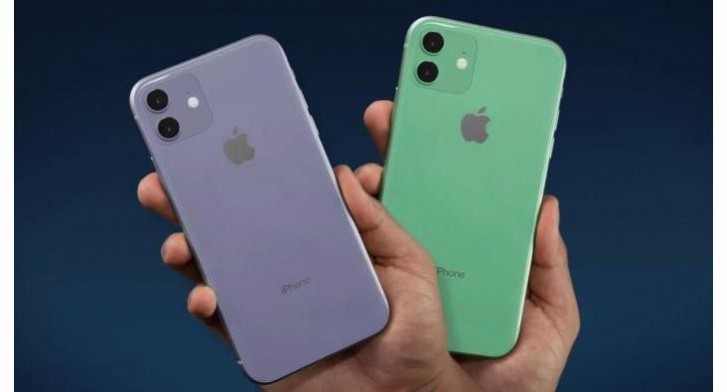 Moving on, the iPhone 11 gets a 3,110 mAh battery, which is a small bump up from the XR's 2,942 mAh cell. The device will have no 3D Touch, and won't support the Apple Pencil. On the back there's a dual 12 MP camera system, while support for both Wi-Fi 6 and reverse wireless charging is built-in. Storage versions are 64/256/512GB.

This is the successor to the iPhone XS, and keeps the exact same OLED screen as that model. Like the iPhone 11, it has the A13 chip, newly angled Face ID, no 3D Touch, 12 MP front camera, reverse wireless charging, and Wi-Fi 6. Where it differs from the entry-level model is in that it has 6GB of RAM, triple 12 MP rear cameras (standard + ultrawide + telephoto), support for the Apple Pencil, and storage options starting at 128GB (with 256/512GB available too). 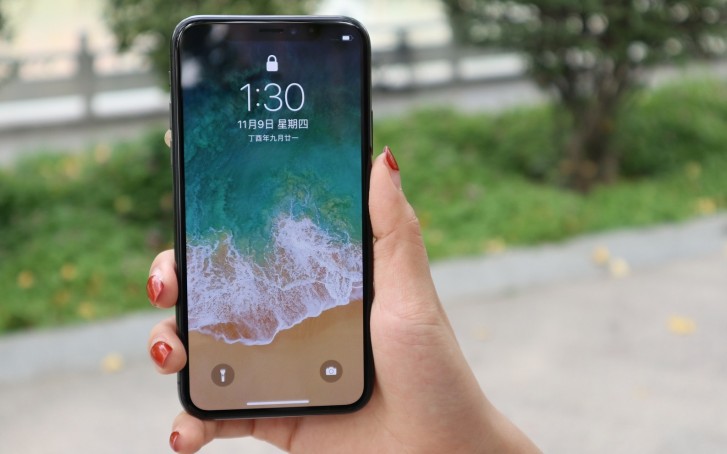 The iPhone 11 Pro has a 3,190 mAh battery, a huge step up from the 2,658 mAh cell in the XS. It will however keep its predecessor's pricing, starting at $999. It's said to sport a frosted glass design, which will be different from the iPhone 11's glass design, though it's not exactly clear how.

This is the successor to the iPhone XS Max, it comes with the same screen, yet devoid of 3D Touch this year. It's got the same improved Face ID as the other iPhone 11 models, as well as the A13 chip, 12 MP front camera, reverse wireless charging and Wi-Fi 6 support. It shares the rear cameras with the iPhone 11 Pro, as well as the RAM amount at 6GB and the Apple Pencil support. It has a 3,500 mAh battery, quite the leap from the 3,174 mAh cell in its predecessor.

An 18W power adapter is said to ship in the box with all three models, and the cable will be Lighting at the phone end but USB-C at the brick end. As rumored countless times before, 5G support will only come to iPhones in 2020.

anyone know the camera bump dimensions? thanks

First of all, learn the English language and then comment. Second off all, no one is forcing you to buy them - how hard is that to understand? Also, only 1% of the world has access to 5G, and around 30% to 4G. Your point as false as it can be. 5G is ...