Samsung just won a patent victory against Apple, but it's an empty one. The South Korean company has successfully argued that some Apple products violate Samsung's 7,706,348 patent. The devices in question? The iPhone 4, iPhone 3GS, iPhone 3 (presumably they mean the 3G), the iPad 3G (first gen) and iPad 2 3G, all for AT&T. 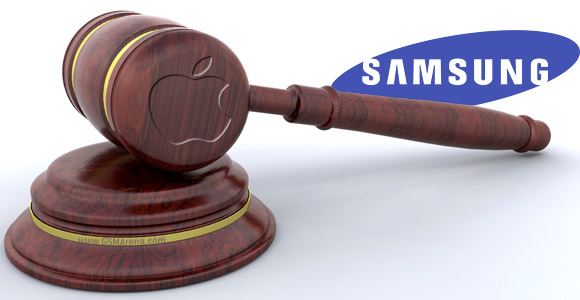 The patent is essential to 3G network connectivity and Apple's older devices were found to infringe on it (but Wi-Fi only devices are safe). Also, newer Apple devices use Qualcomm chipsets which do not infringe on the patent in question, neither does Verizon's iPhone 4, which also uses a Qualcomm chipset.

Due to how the US patent system works, Apple can continue to import the infringing devices during a period of Presidential review (the President has a 60-day window during which he can veto the ITC's decision), provided Apple files a bond. In this case, the bond is for the amount of "zero percent of the entered value," so it's a formality.

Also, it's not like AT&T and Apple are selling tons of these devices – in fact, the iPhone 4 and iPad 2 3G are the only ones still on sale. Apple said it will appeal and there won't be any impact on iPhone and iPad availability in the US (for now anyway).

Oh yeah....estimated 80 million just S4 alone is so cold...even if it doesnt reach that it will still reach many millions...not to mention all the other millions they will sell.....So cold indeed

Yes...because my responding to your trolling and the trolling of others makes me the troll here...Good logic...want to run the world?

This is how an aluminium box was defeated by a plastic box. Good job Samsung!