Fingers off the mice everyone, the voting is now over. You had 24 hours to judge the best quality, now it's time to reveal the lucky winner.

Yes, many of you correctly guessed which phone is which. The wide-angle lens of the Xperia Z5 proved to be a dead giveaway. Here's what how the fields of view compare between the three devices. 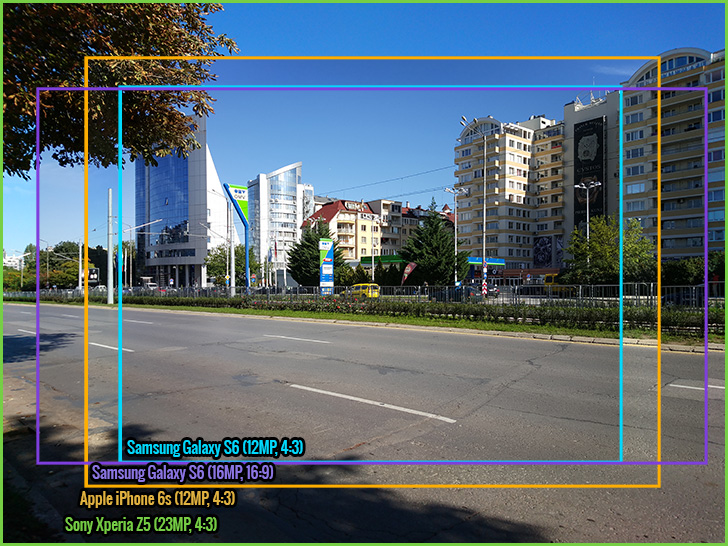 And now the results. The Xperia Z5 has an overwhelming lead for still photography during the day. Things swing in favor of the Samsung Galaxy S6, whose wide aperture and OIS.

The Apple iPhone 6s takes its first win with daytime 1080p video, though it seems that Apple has a lot to work on when it comes to 4K. The camera scored a landslide victory in the dark though, beating even the Galaxy.

Here are the full resolution shots, now that we're not concealing the resolution. You'll notice that some Galaxy S6 photos are 4:3. We shot them in that mode (12MP) to make them harder to tell apart from the 12MP photos from the iPhone. There was no easy way to conceal the Xperia Z5 shots though.

You've had your say, ours is coming in shortly. We're finishing up a full three-way fight between the iPhone 6s, Galaxy S6 and Xperia Z5 that will go beyond the camera - hardware, screen, software, audio and so on. There will be more details on the camera too, so check back soon!