HDR is a standard mode on practically all smartphone cameras due to its importance. Small camera sensors don't have great dynamic range, but that's a problem that can be solved in software. As we already saw, the Xperia could use help in this department.

Note: use the left/right arrows on the screen or on your keyboard to quickly switch between the HDR On and HDR Off crops for an easier comparison.

HDR off and on

The superior dynamic range of the Apple iPhone 6s gets it off to a good start. Even in the HDR off the clouds are developed well (even though the sun lights them from behind) and the trees in the shadow of the building look good. HDR more improves both highlights and shadows a bit, without overdoing it to crush the contrast.

The Samsung Galaxy S6 loses details in the clouds that it recovers when you flip HDR to on and brings in even more detail in the shadows than the iPhone. The processing makes the colors slightly artificial and flattens out the contrast.

The Sony Xperia Z5 needs the most help, but even with HDR on it still can't render the clouds as well as the iPhone without HDR. The Z5 captures more in the shadows, but that wasn't its problem to begin with.

Winner: Apple iPhone 6s. The iPhone had the best dynamic range to begin with and the gentle massage of its HDR mode improves the picture without bringing in the unwanted "HDR" look.

Runner-up: Samsung Galaxy S6. HDR shows a definite improvement, though it reduces the contrast a touch too much.

For some reason Sony engineers still haven't nailed a proper HDR processing, which would could have been essential for balancing out the relatively low dynamic range of the Xperia Z5 sensor.

Apple's panorama skills were impressive with an 8MP sensor, now the 12MP sensor allows it to capture panoramas up to 63MP. In our tests the height of the image was around 3,700px, while Samsung managed a bit less at 3,200px. Sony hasn't improved its panorama in ages and vertical resolution is just 1,080px.

Resolution is not the only advantage that the iPhone 6s has, it does what Apple calls "HDR panorama". This is the same scene from the dynamic range test and you can see how well the camera handled both the dark shadows and the sunlit areas. 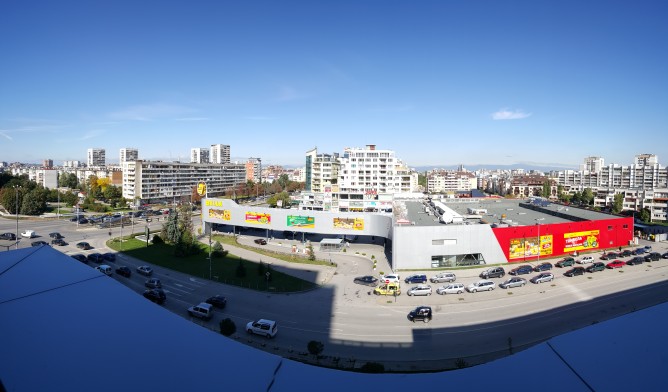 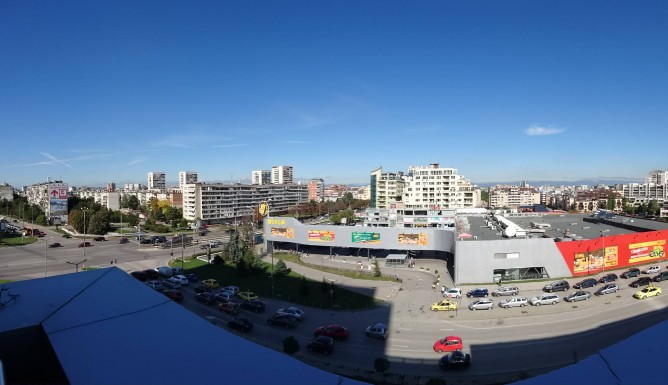 Compare that to the Samsung Galaxy S6, which also does okay in the shade, but bleaches out the buildings ahead. Look again at the iPhone shot, those buildings are yellow, not white as the Samsung rendered them.

Sony couldn't even get stitching to work without geometric distortion, which you can clearly see in the apartment building on the left and the grey wall of banners.

Winner: Apple iPhone 6s. It offers higher resolutions and HDR panorama can be a lifesaver. Panoramas are so wide that not capturing both sunlight and shadows is pretty rare.

Runner-up: Samsung Galaxy S6. A bit down on resolution, its bigger issue is that Samsung hasn't learn the juggling act of simultaneous HDR and panorama.

It feels like Sony didn't even try on this one. The panorama software hasn't change since the early Xperia Z days and it's comparatively outdated.

Samsung's camera and its wide f/1.9 aperture plus optical image stabilization make it the early favorite to win the low-light, no flash round. Sony's large sensor and f/2.0 aperture should technically put it up there too, but we already see it struggle with lack of light. Apple's improved dynamic range holds promise of a better sensor, though Apple didn't improve the aperture or add OIS to the small iPhone.

The OIS let the Galaxy S6 drop the shutter speed to 1/20s, while the other two basically shot at 1/33s. ISO was kept at a relatively low 200 (we shot at dusk) and the end result is fairly sharp, no blur from camera shaking, little noise and a good deal of detail.

The Apple iPhone 6s also shot at ISO 200 but had to keep shutter speed faster to avoid camera shake, its tendency to reduce noise and to not oversharpen in postprocessing makes for some soft-looking shots (free of noise though).

The Sony Xperia Z5 had to boost ISO a touch, 250, but even at this low number the photo is a noisy mess. It does capture some more detail than the iPhone - look at the decorative railing on the terraces. The noise muddles it though, the building almost merges with the tree line in the background.

Next up we flipped the flash on and shot an up close subject. By the time we were don't shooting the previous samples, dusk had almost turned into night. Still, both the Samsung and the Apple used the extra light to drop their ISO - to 160 and 100 respectively. The Sony catapulted its ISO all the way up to 1,000 in an effort to achieve a more even exposure between the close subject and its background.

The Samsung Galaxy S6 captured plenty of detail with little noise. The colors are off, its flash made the image warmer (this effect is amplified by the yellow flowers).

The Apple iPhone 6s was more accurate with its colors (thanks, dual-tone flash), but it settled on a much slower shutter speed, which made it prone to handshake. The yellow flowers aren't resolved perfectly.

Which is still much better than the Sony Xperia Z5 photo, where noise practically blends all the petals into a big yellow tuft. That's the price to pay for the high ISO, which however brought us one of the most balanced flash photo exposures.

Winner: Samsung Galaxy S6. With or without flash, the S6 camera hardware is better prepared to take night shots and the results are quite noticeable.

Runner-up: Apple iPhone 6s. It captured less detail than the Xperia in the "at dusk" shot but handled noise much better. It also has a definite advantage with the flash on.

The Sony Xperia Z5 tumbled from the top. The noise just becomes overwhelming at low light - even if there's some detail hiding behind it. Nevertheless, it's not afraid to pump up the ISO to achieve nice looking flash photos.

All three phones have 5MP selfie cameras (okay, 5.1MP on the Sony), but they differ quite a bit in video abilities and field of view.

The Samsung Galaxy S6 has by far the widest camera and that's without using the Wide Selfie mode, which gives you 120° coverage. Also, this camera has the widest aperture. The quality is high, photos are rich in detail (colors are a little too rich though) and there's no discernible noise.

The Sony Xperia Z5 produced a slight purplish tint. There's plenty of detail captured, though some of it is lost to noise reduction.

The Apple iPhone 6s selfie camera has the narrowest FoV and while it captures great amounts of detail, parts of the image look soft (mostly due to the iPhone's usual reluctance to apply sharpening).

Winner: Samsung Galaxy S6. The wide-angle lens is great both for group and for solo shots (so it will capture more of the scene behind you). Images are sharp and with reasonably accurate colors.

Runner-up: Sony Xperia Z5. Second in FoV, the Sony also captured fairly sharp images though the colors were off and the noise reduction again came on too strong.

It looks like the Apple iPhone 6s selfie camera is sharpest only up close. This creates a nice, soft background, but even at an arm's length your face will go slightly soft. And since your face would easily fill up the frame, shooting a selfie of a group of friends would be a no go.