Apple iPhone 7 is official with stereo speakers and water resistance

Welcome the new iPhone 7, which just became official and there are lot of changes, some subtle, some major ones. 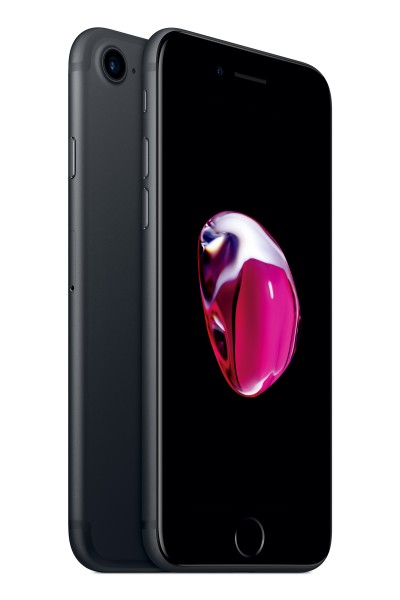 Starting from the design, the iPhone 7 is now water- and dust-resistant. With an IP67 certification, it can last up to 30 minutes under a meter of water.

The iPhone 7 looks almost the same as its predecessor, but with few key changes. The main among them is the new place of the antenna bands. They are now on the top and bottom edges on the back. Subjectively, this makes the iPhone 7 look a bit cleaner.

The headphone jack is gone, just as rumored. Now, plugging headphones will happen through the lightning port only. Of course, you could go wireless with a pair of Bluetooth headphones, too. 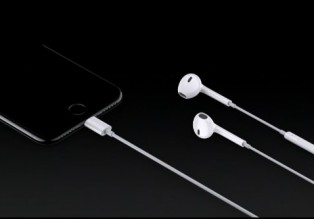 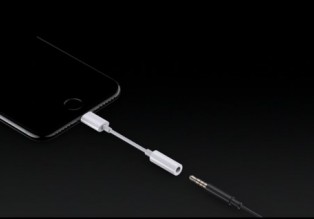 No more 3.5mm headphone jack for the iPhone 7

Apple includes new EarPod headphones with lightning cable in the retail box as well as a 3.5mm to Lightning port adapter. A new major addition to the phone's audio prowess is the stereo speaker setup.

At the top and bottom, the iPhone 7 sports stereo speakers. It boasts 2x the volume of the iPhone 6s as well as an improved audio range.

The iPhone 7 features an updated 12MP camera with f/1.8 six-element lens and optical image stabilization. The sensor is 60% faster and 30% more efficient than the previous camera system.

The LED flash is also updated and now consists of four LEDs.

The front-facing camera got its resolution boosted to 7MP and records 1080p video.

Apple has equipped the iPhone 7 with a new-generation A10 Fusion chip. It features a quad-core CPU with 3.3 billion transistors - two high-performance cores and two power-saving ones. They run 40% faster than the A9 chip and two times faster than the A8.

The other two are high-efficiency cores, which run at 20% of the power needed for the high-performance cores.

Naturally, the battery life has been improved in the iPhone 7. Apple says it lasts two hours more than the iPhone 6s.

The iPhone 7 keeps its 4.7" Retina display. However, it's now 25% brighter and sports a wider color gamut (not specified by how much).

And here's the full iPhone line-up that Apple will be selling from now on.

as an iphone 6 owner and has been iphone owner since iphone 3g...... this is the first time that im not compelled to upgrade. Compelled, enticed, felt the necessity to..... whatever you wanna call it. There is nothing of a major upgrade in iphon...

You think Sony's warranty covers water damage? At least Apple have that disclaimer clearly written so people are aware of this.

Apparently there is a lot you don't know here