We've seen the iPhone 7 Plus in Geekbench a few days ago, and today its smaller sibling, the iPhone 7, has been put through the paces of the AnTuTu benchmark. It managed to score a record-breaking 178,397 points. For reference, that's around a third more than what the iPhone 6s achieved.

As for the Android-running competition, as of August the best scoring device in the AnTuTu database is the OnePlus 3, with an average result of 140,288 points. No matter how impressive that may be when compared to other Android devices, the iPhone 7 simply demolishes the OnePlus 3 in this benchmark. 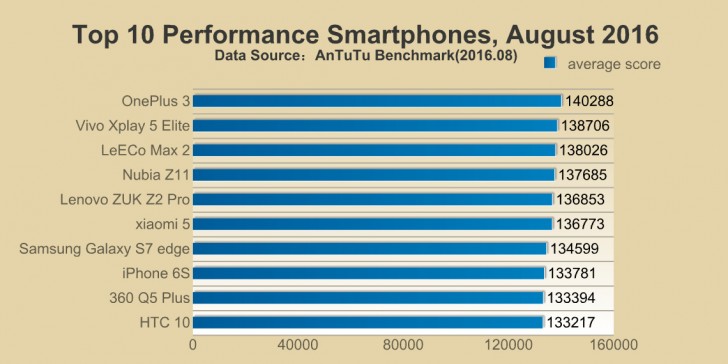 The iPhone 7's brand new A10 Fusion chipset has a quad-core processor that is aided by 2GB of RAM. And it clearly makes Android handsets employing the Qualcomm Snapdragon 820 SoC look really bad in such result tables.

iCrap 8 will have VGA resolution. Confirmed.