A new rumor regarding Apple's iPhone lineup for 2017 is here with details about the devices' ambient light sensors. Specifically, investment bank Barclays thinks that the top of the line (and very expensive) iPhone 8 (the one with the OLED screen) will share a new feature with the iPhone 7s and 7s Plus (which are expected to be very similar to last year's models).

Namely, we're talking about them all having True Tone displays. The first (and so far only) Apple device with a True Tone display is the iPad Pro 9.7, though when the refreshed 12.9-inch iPad Pro arrives that should feature it too. True Tone means that the color and intensity of the panel is automatically adjusted based on the surrounding environment. So, for example, the display will be warmer when you're using the device under incandescent lighting, but cooler and bluer if you're outside on a cloudy day. 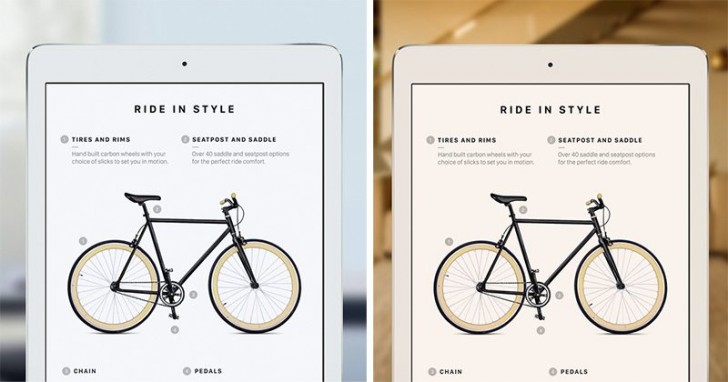 This feat will be accomplished in the upcoming iPhones by using a full spectral sensing ambient light sensor, provided by Austrian company ams semiconductor. The use of such advanced ambient light sensors means Apple will have to pay around $1 a piece, quite a bit more (percentage-wise) than the $0.60 that a 'normal' version would cost.

Yup. That's the point... What iphone doing regardless its bad or good, it will be hyped

then suddenly android user came to claim they already did it first the feature that they dont care , dont know or dont used ... just like jack ... android phone already did that before apple did , nobody care about that , nobody made fun of tha...

When apple has it, much people will hype the functionalaty, innovation and claim apple make it first