Unsurprisingly, the iPhone 8 or X has been getting the most attention from the rumor mill as the other two are said to be iterative updates. The iPhone X will use the new A11 chipset with a 6-core processor and 3GB of RAM. 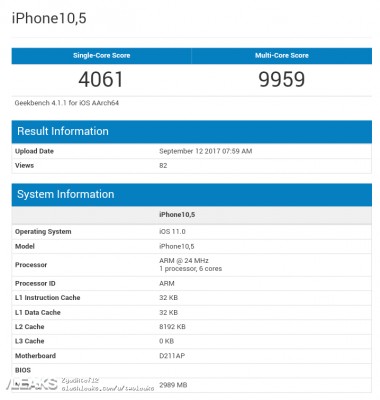 So how much or how little has the iPhone 7s changed? Lets turn to AnTuTu for an answer. The iPhone 10,4 showed up with iOS 11 running on an Apple A11 chipset. The screen is the same as the iPhone 7  that is 750 x 1,334px resolution - and the memory is the same  2GB RAM, 32GB storage. Going by the dimensions the screen will stay exactly the same at 4.7 big. 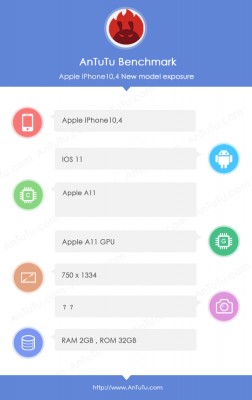 The benchmark got a big question mark as far as the camera is concerned, but from the rumors so far we expect a single camera on the back (only the iPhone 7s Plus and 8 will have dual cams). Well know for sure later today when Apple stages the anniversary iPhone reveal at the Steve Jobs Theater (a part of the new spaceship campus of the company).

Please refrain from speaking on matters you know so little about