Up and coming gaming powerhouse iQOO revealed its latest flagship offerings with the iQOO 5 and 5 Pro. The two devices are virtually identical though the Pro brings a marquee 120W fast wired charging and a periscope module around its back. You’ll also find the Pro version in exclusive BMW M Motorsport flavors with back finishes in carbon black and white leather with BMW’s blue and red accents colors to commemorate the budding partnership between the two brands. 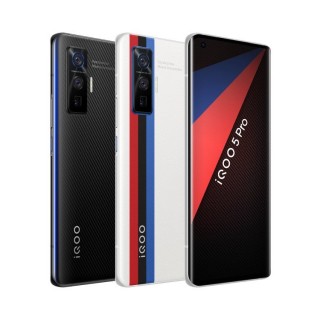 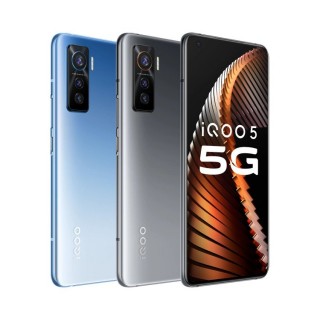 Both iQOO 5 series phones come with curved 6.56-inch AMOLED displays with a 120Hz refresh rate and punch hole cutout in the top left corner for the 16MP selfie cam. The curvature on the Pro model is more pronounced than on the vanilla model. The panels also flaunt 240Hz touch response and 1,300nits of peak brightness and support the HDR10+ standard. There’s also an in-display fingerprint reader and dual stereo speakers.

The camera setup on the iQOO 5, features the impressive 50MP Samsung GN1 sensor found on the vivo X50 Pro+ with OIS alongside a 13MP ultrawide snapper and a 13MP portrait lens. 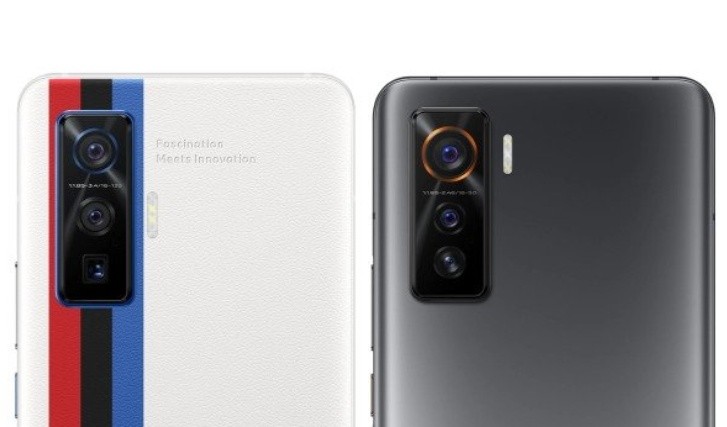 The 5 Pro retains the main and ultrawide shooters but also brings an 8MP periscope module capable of 5X optical and up to 60x hybrid zoom. Not your typical gamer phone camera setups here.

Under the hood, we have the Snapdragon 865 paired with 8/12GB LPDDR5 RAM and 128/256GB UFS 3.1 storage. There’s also a VC heat sink that iQOO claims can cool down the CPU temperature by 12 degrees Celsius.

The battery department is where it gets even more interesting. The iQOO 5 Pro comes with a 4,000 mAh battery and supports 120W Flash Charge. To give you an example of just how fast these speeds are, iQOO is claiming a complete charge from 0 to 100% will only take 15 minutes while a 5-minute top-up will bring the battery to 50%. There’s an array of sensors and algorithms which monitor the battery cell’s temperature control to prevent any damage.

The iQOO 5 carries a larger 4,500 mAh battery and settles for the less impressive 55W Flash Charge solution which takes 50 minutes for a full charge. Both phones boot Android 10 with iQOO UI 1.5 on top. 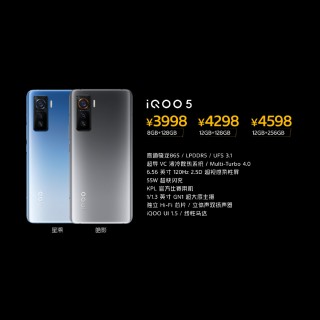 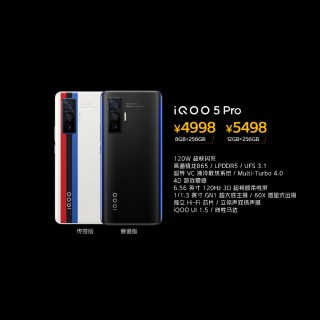 The iQOO 5 Pro comes in the aforementioned Track Version and Legendary Edition color schemes and retails for CNY 4,998 ($720) in its 8/256GB trim or CNY 5,498 ($792) for the 12/256GB version. Sales in China tip-off on August 24 while international availability will be detailed later on.

Looks good but nowhere to seen here in Slovakia or anywhere in Europe in stores to buy.

Soooooooooo? What's wrong with that?

This is chinese phone