iQOO Z3 appears on Geekbench ahead of March 25 launch

An unknown vivo smartphone bearing model designation V2073A and believed to be the iQOO Z3 was spotted on Google Play Console a few days ago with 6GB RAM. Now the same device has passed through Geekbench with 8GB RAM onboard.

The smartphone runs Android 11, and the motherboard section in the Geekbench listing mentions "lito", which corresponds to the Snapdragon 765G SoC. 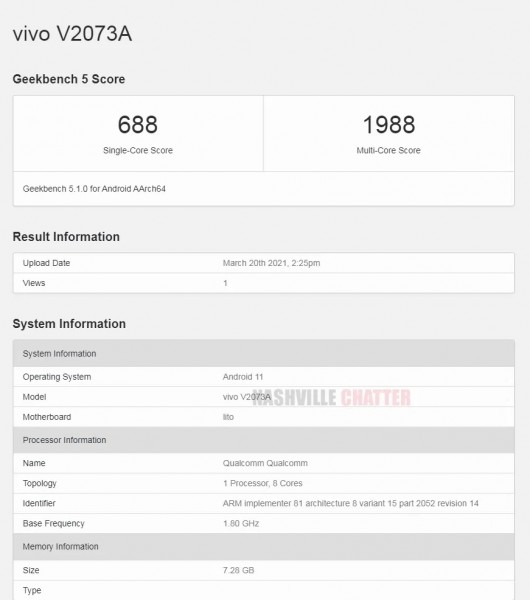 Geekbench doesn't divulge any other specifications of the V2073A, but the Google Play Console revealed the smartphone will pack a FullHD+ screen, while 3C confirmed it will support 55W charging.

The iQOO Z3 will launch on March 25 with 5G connectivity, but we'll likely hear more about the smartphone before it is officially unveiled.

I wish this comes in India at 270USD.