Is Apple planning to soon ship iPhones with quad-core chips?

Some reliable people have discovered quad-core processor support into the iOS 5.1 beta code. So, we could expect quad-core iPhones and iPads in the near future.

Shocker? Of course not. But it’s good to know Apple is already working on the next big hardware jump. 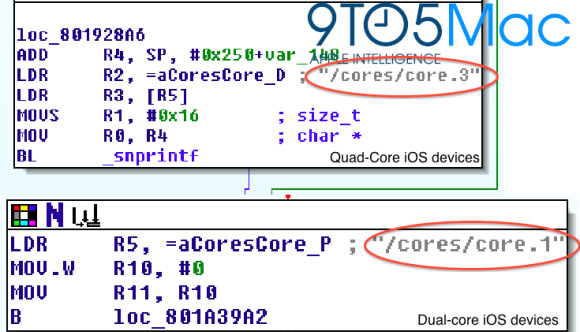 A few months ago other skilful developers discovered the iPhone5,1 reference into the first iOS 5.1 beta code. It might turn out Apple is indeed gearing the next iPhone with a quad-core A6 chip.

So, what do you think - will the next iPhone be a quad-core gadget or Apple will stick to the dual-core technology for one more generation?

very interesting since more than 90% of people I know plan to buy an android as their next smartphone and a lot of them hate iPhone and said they'll never buy one (because it's an apple product) ... but wait ... the name of the site explain all :) (9...