Samsung has announced that it will offer the iTunes Movies and TV Shows app and AirPlay 2 support on its range of televisions. It will be the first television manufacturer to feature this service and indeed the first non-Apple product to include it. 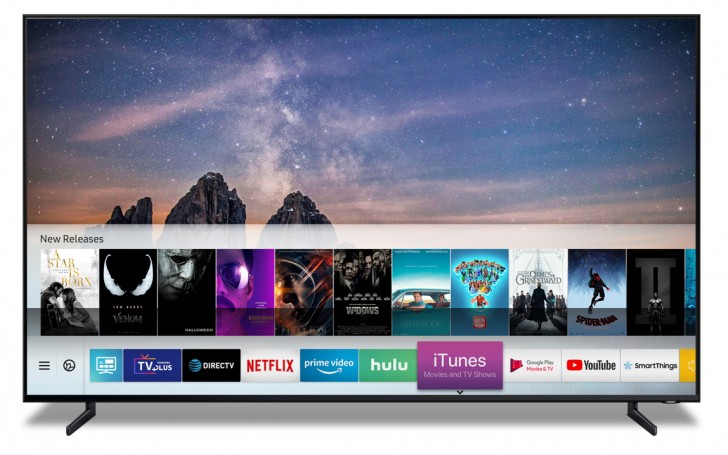 Owners of these televisions will be able to access their existing iTunes movie and TV show library from within this app. They will also be able to purchase or rent additional content. Apple currently has hundreds of thousands of movies and TV show episodes and also the largest library of 4K HDR movies of any service.

The app integrates with Samsung's Smart TV Services, such as Universal Guide and also Bixby search.

AirPlay 2 support is also being included, so users could stream content from their iOS or Mac devices to their television.

All the more reason no need to buy Samsung TV