Join our quest for a high-end compact Android smartphone

Over the last few years, Android has taken the smartphone world by storm, climbing to the top spot in just about every major market out there. The Google platform offers a mix of features that can't be matched by any of its competitors and is offered on hardware so diverse that it has covered almost every conceivable market segment.

However, with recent trends in flagship droids, we feel there's a substantial group of users that is being ignored. As Android top dogs all choose huge screens for their high-end offerings, those looking to experience the most capable hardware in a mid-sized smartphones are left out in the dry. Despite the large number of companies committed to the Android cause, there's not a single manufacturer to come up with a handset to match the raw power and display brilliance of the Samsung Galaxy S4, HTC One or Sony Xperia Z in a shell that's as easy to pocket as, say, the Apple iPhone 5. 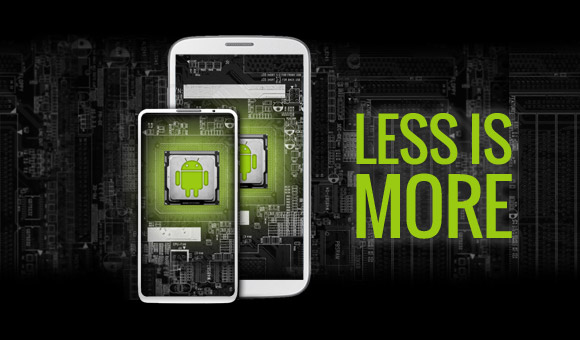 Now, that's not to say that Apple's approach is better than those of its Android counterparts or that large smartphones are in any way bad. The market performance of all those flagships speaks loud enough and there are a number of reasons why super capable hardware makes more sense on larger displays.

However, we firmly believe there is a huge number of people who would gladly trade screen estate for portability as long as that doesn't involve further compromises. As things currently stand, replacing your large Android flagship with a mid-size phone will mean you have to live with a chipset of less than half the processing power and a display with quality and density way below the high-end standard.

Here are what we believe will be the most important boxes that such a device needs to check.

That's definitely not too much to ask as using current technology it's perfectly possible to create such a smartphone. We are certain that a large part of the reason why manufacturers haven't invested enough effort in the development of such smartphones is the false assumption that there's not enough demand for it.

That's why we've started an online petition, which we hope will help convince large Android OEMs to pay proper attention to the mid-size market segment. If you share our dream of seeing a properly powered mid-size Android smartphone with all the bangs and whistles of the aforementioned flagships, you can help our cause by following this link and signing our online petition.

If it gains traction, we'll make sure to share it with all our manufacturer contacts and draw as much attention to it as possible. Not even the best performing companies out there can afford to ignore requests singed by thousands of people, so you if you feel as strongly about this issue as we do, we urge you to make your voice heard!

Its true that different people have different needs. The same individual may need different things at different points of time. But a compact android in the budget range is something everyone would agree with. We can carry it in our shirt pockets ...

Replacing my Samsung A3 is SO overdue... but not one good option exist. Depressing. P.S.There is typo in opening post "144 cms"