After giving us a short glimpse of its UI in the official announcement's promo video, Jolla's Meego-based Sailfish OS got an extensive video demo, which offers a deeper look at its features. The still developing OS got shown off on Nokia N950 developer handset - a logical occurrence given the fact that most of the people behind the Sailfish project are ex-Nokia employees. 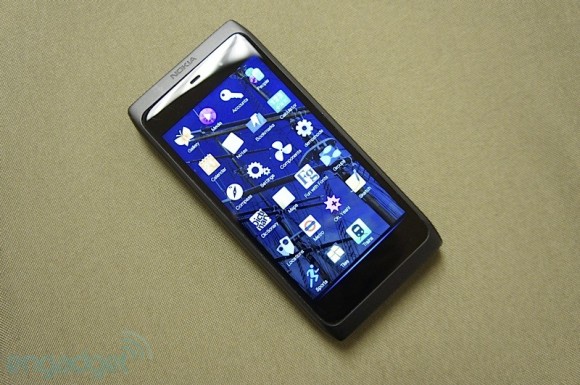 Making your way around the OS is based on intuitive hand gestures, whose clever implementation allows you one-handed use of the Sailfish device regardless of its screen size. The OS in general is easy to customize - starting from the shortcuts on the lockscreen, all the way to the OS's ambiance concept which changes the color of the UI elements once you change your wallpaper.

As we already know, Sailfish OS supports true multitasking, where minimized apps can appear as cards on the homescreen. Each card can be customized by developers to display real-time app info and controls.

Here goes the OS in action.

Despite being still in development, Jolla's Sailfish OS certainly shows a lot of promise. However, we already know too well that a mobile OS is as good as the amount and quality of apps on offer for it. The Sailfish SDK is currently being finalized, yet it has its source code available, and is still open to developer feedback. The OS itself supports both ARM and x86 devices, so we certainly hope that we hear more good news from Jolla when Sailfish OS gets finalized during Q1, 2013.

i would like to c some new nokia jolla phones wen they do come out with pureview 28 mp with same stabalizer of 920 n sensitive screen wireless charging n a remote chip for car starter 2 gigs ram 2.0 quadcore nfc hdmi out nokia here also sleeping scre...

ya this 1 izz quite good and especially for nokia it is damn good. a totally new experience