The Apple vs. Samsung legal battle in the US courts is back in the news again. As you may know, Samsung had asked the court to look into a case of suspected jury misconduct, specifically into jury foreman Velvin Hogan, who may have been biased in his decision and swayed the jury's opinion. 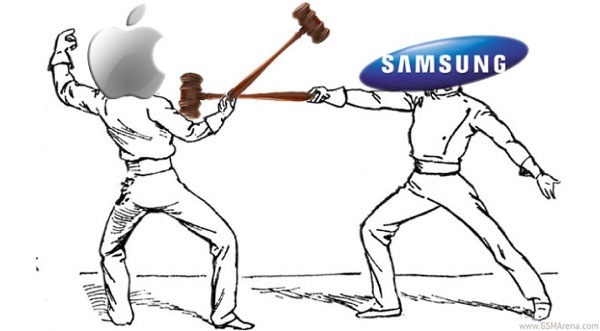 We have now learned that Judge Lucy Koh has thrown out the claims that Hogan was biased in his decision (and thus the request for a new trial) stating that he had admitted to working at Seagate (now a part of Samsung) during the jury selections and any reservations about him should have been made clear then. So for all intents and purposes, this part of the discussion has been closed for Samsung.

Apple, although fairing much better than Samsung, isn't having everything its way, either. Its motion to place a permanent injunction on 26 of Samsung's infringing devices in the US has been denied. This is due to the fact that Apple could not prove sufficiently well in court that the features being infringed were causing it damage and also that many of the infringing products are no longer on sale.

Of course, this is far from over, and this particular case is just one of the many battles in the war between the two companies.

If you look into what apple uses to create their phones, you would notice that the only thing apple makes is the software. iphones are more expensive because they have to buy everything from lg, samsung(chips), htc ect. then they rebrand it with an a...

samsung mobil is copy to apple dezine so that is partculer criem so apple go us corts stop to lonche to other mobil to come to in market and fine to many back to right......mahant achyutam...india..gujarat.. varoda.....