Huawei is doing a tremendous job lately with a variety of good smartphones both under its name and under the Honor brand. The latest addition to the portfolio is Honor 8 Pro, also known by its Chinese name Honor V9, and resembles Honor 8 and Honor V8 in terms of overall design. Here’s what caught our attention before proceeding with the extensive tests. 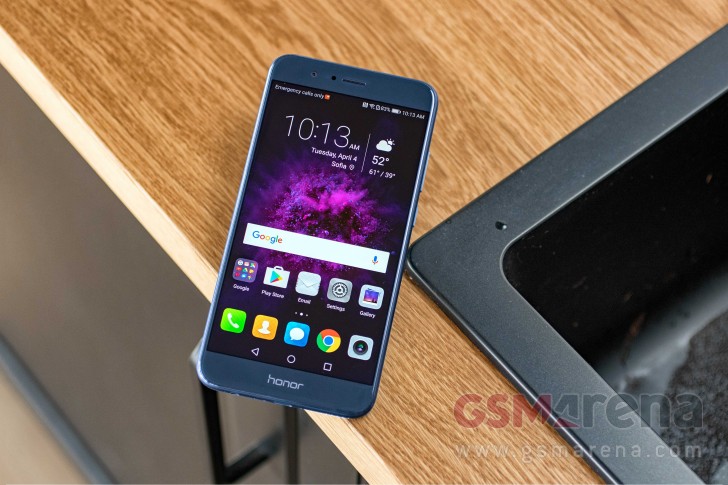 Huawei delivers the Honor 8 Pro in a box that converts into a cardboard-style VR headset. The whole set is quite easy to assemble, but there are also directions if you are struggling with the do-it-yourself part. As we have already seen in Honor 8, the Pro edition’s power button has a different texture, making its pressing a bit easier.

Huawei has a terrific fingerprint sensor that the company implements on every new device. The scanner works splendidly for all the phone, app and payment security you need.

The Quad HD resolution of the IPS LCD matches that of the Huawei P10 Plus. The screen is 5.7” in diagonal, but because of the bigger bezels on top and bottom, the device is as tall as the 5.9” Mate 9 - 157 mm. 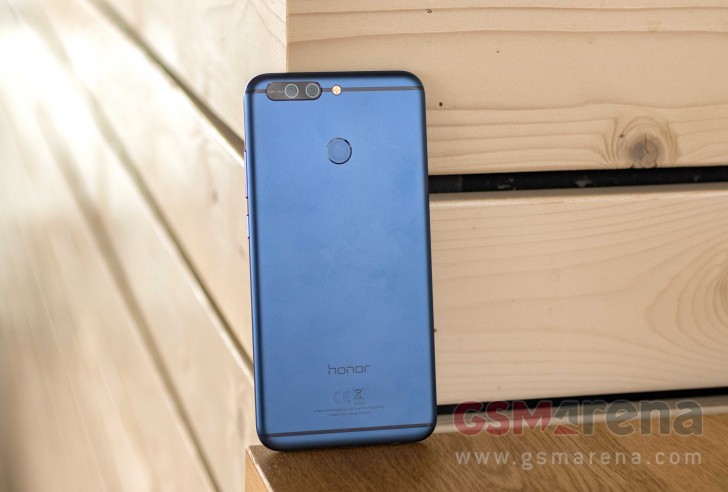 Huawei gives all it has to the Honor 8 Pro regarding performance. The chipset is the Kirin 960 which is the company’s most powerful SoC to date. It comes with an octa-core CPU and 6GB of RAM, while the 64 GB storage is expandable via a microSD card that occupies the second SIM slot (so you can't have both dual SIM and extra memory). The 128GB storage version of the Honor V9 is not available with the Honor 8 Pro though.

Honor 8 Pro’s dual camera has two 12 MP sensors, and it performs as good as the smaller sibling - the Honor 8. The difference that comes with being new and having more powerful chipset is the Pro device records video in 4K. The front snapper is 8 MP with f/2.0 lens for all the selfie enthusiasts. 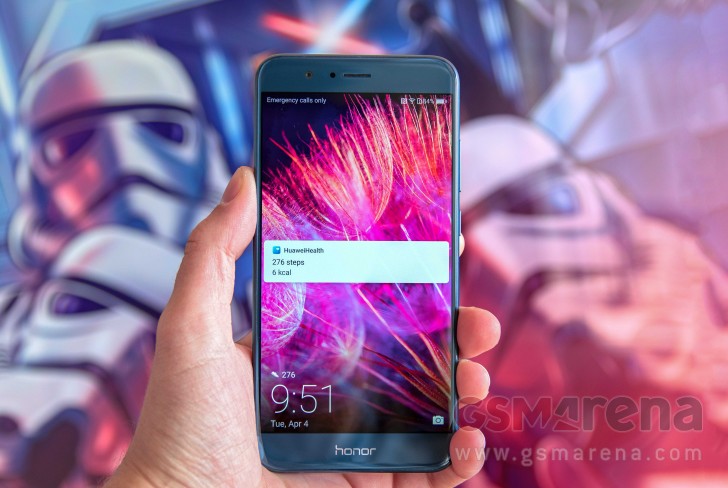 We send the device to our Lab for the tests with high expectations, hoping that it will keep up to its manufacturer's steadily rising status in the smartphone world.

Waiting to see endurance rating/hrs battery performance. but think it'll be less than Mate9 since lot more pixels to push thru..

Totally agree with you!

It has everything that p10 plus has, the only difference is the camera I just wait for testing results.