Kantar: Xiaomi expands its presence in Europe in Q1 2018

Report from Strategy Analytics has put Xiaomi at 4th place on the global scene, and today Kantar Worldpanel released similar information for Europe: Xiaomi is in Top 4 across the big five markets in Europe. Along with Samsung, Apple, and Huawei, the manufacturers account for over 75% of smartphone sales in Q1 2018. 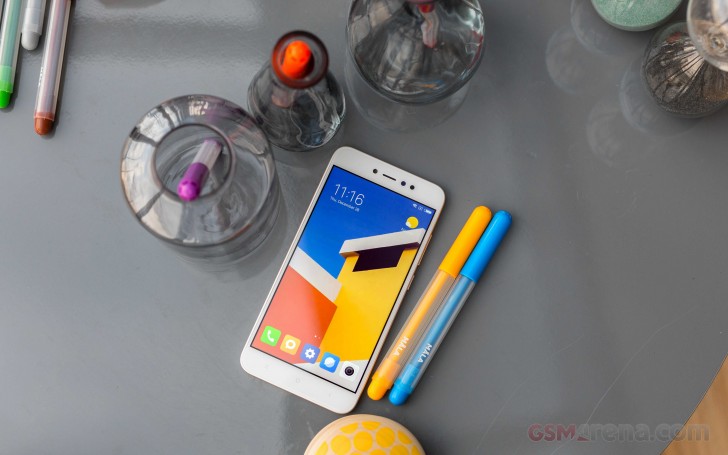 Redmi Note 5A - one of Xiaomi's bestsellers

Xiaomi turned its attention to Europe late, though it has quickly gained ground since, says Dominic Sunebo, Global Director of Kantar Worldpanel. Xiaomis online business model in Asia worked well in Europe too with promising partnerships with MediaMarkt, Media World, and Carrefour.

The Mi manufacturer has taken 4.4% of the European sales, which is an impressive number, given the sales comes predominantly from just two markets - Spain and Italy.

Kantar also covered the shares in the United States. Apple and Samsung gained respectively 0.1% and 1.4% of the market, while Google reached its highest ever sales on a quarterly basis of 3.4%, up from 1.7% in Q1 2017. Pressure from the US government got to ZTE, and the share of the Chinese company fell to 2.5%. 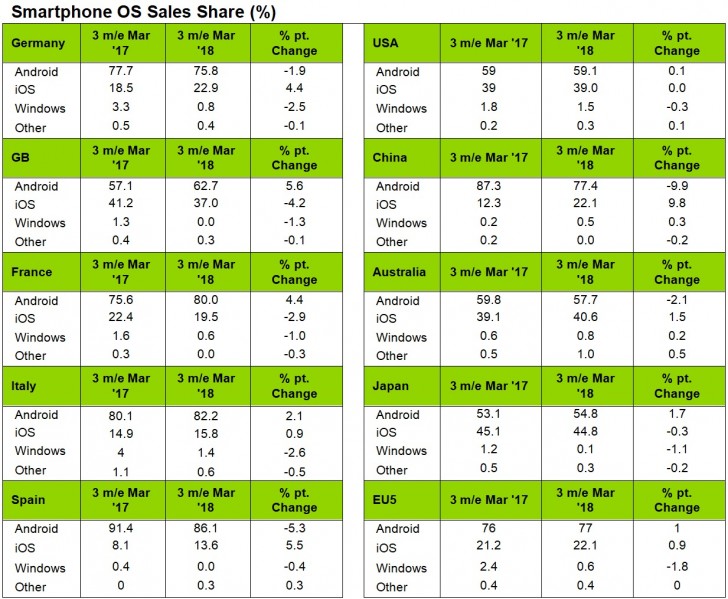 The report also revealed the distribution of smartphone OS sales in major global markets. The Top 5 in Europe (Germany, UK, France, Spain, Italy) saw Windows Phone disappearing with Android and iOS taking its share. Japan, Australia and the United States saw a minuscule change for Apple and Google's shares in the OS market, while the biggest surprise came from China.

What about ASUS, ZTE, and Huawei

Dude wake up, USA is a biggest spy and all Americans been catalogued for long time. Not saying China is not spying but to be honest at this age, USA, China, Russia spying everyone everywhere, it has nothing to do with American people want privacy it'...