There are OnePlus 9 units out there and that has been the cause of constant leaks. The latest comes from @TechDroider who posted screenshots of AIDA64 running on one of those units, which confirms the key specs of the phone.

The vanilla OnePlus will feature a 6.55” display with 1080p+resolution (20:9). The screen will support 120 Hz refresh rate – basically, not much will change compared to the 8T.

The chipset will change though, it’s the brand new Snapdragon 888 (code name “Lahaina”). This particular unit was equipped with 8 GB of RAM and 128 GB storage. The Pro model is expected to have a 12/256 GB version, it’s not unlikely that the vanilla model will have such an option as well. 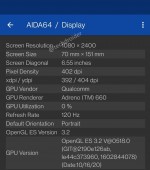 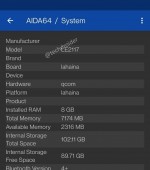 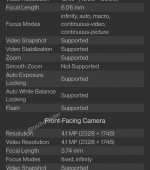 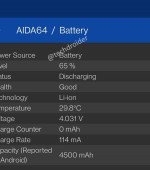 Next up, the camera. Keep in mind that AIDA64 is listing resolution post binning here, so we need to multiply by 4. That means a 48 MP main camera, no word on the ultra wide. The selfie camera will have a 16 MP sensor and a fixed-focus lens.

Finally, the battery will have 4,500 mAh capacity (as expected) and the leakster confirmed that the OnePlus 9 retail box will come with 65W charger inside. Again, same as the 8T (and it looks like wireless charging will remain exclusive to the Pro).

OnePlus is expected to unveil its next generation flagships in March.