HiSilicon unveiled the new Kirin 960 chipset, which puts the Huawei-owned chip maker a step ahead of the competition. With the Huawei Mate 9 around the corner, you have to wonder how long we’ll wait before we see a 960-powered device.

The new chipset is built on a 16nm FinFET process by TSMC (like the 955 before it), but uses newer parts. The octa-core processor now has four Cortex-A73 cores forming the powerful half balanced by four Cortex-A53 cores. HiSilicon is promising a 15% performance boost, also the A73 promises sustained performance thanks to power savings compared to the A72 (less heat = less throttling). 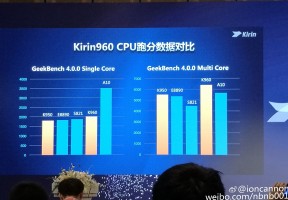 The Kirin 960 will be among the first chips to use ARM’s new Bifrost GPU - the Mali-G71 promises reduced power use compared to the T880 used in Kirin 955, Exynos 8, Helio X25 and others. Also, HiSilicon put eight GPU cores, up from the four it used on its previous high-end chipset. In total, this leads to a massive 180% jump in performance coupled with 20% power savings. 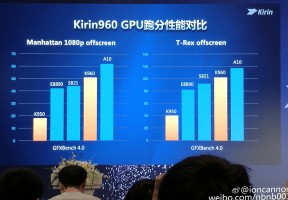 The new chipset has more to offer as well - it supports UFS 2.1 for blazing fast flash storage, LPDDR4 RAM and an LTE Cat. 12/13 modem (up to 600Mbps down, 150Mbps up). CDMA is also supported for markets like China and the US. The ISP is also upgraded for improved image quality.

It's not a matter of being nerdy enough, you need to be well informed or lectured regarding a topic in which you are going to post your opinion.

Yeah, that ought to be a great toaster

when is the releasing date? eagerly awaiting. WAV and Flac formats will work??