We already reported some rumors about the Kirin 970, but this one seems like the real deal. A Weibo user shared specs of the new 10nm chipset HiSilicon is preparing for the Huawei Mate 10. It should arrive on October 16, when the phone is finally unveiled. 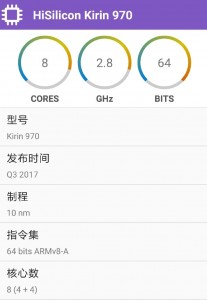 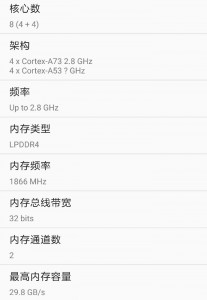 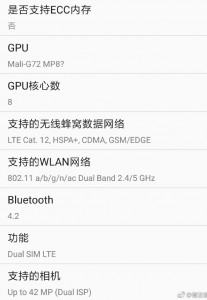 The screenshot reveals Kirin 970 will have octa-core CPU with 64bit ARM architecture. Four of the cores are Cortex-A73, clocked at 2.8 GHz, while the other four are Cortex-A53, but their frequency is yet unknown. The LPDDR4 memory will have a maximum frequency of 1866 MHz, while the GPU is going to be Mali-G72 MP8.

According to the image, the LTE modem will support Cat.12 protocol. There is also usual connectivity (for a flagship chipset) Wi-Fi 802.11 a/b/g/n/ac and Bluetooth 4.2 (no v5.0, though). The whole setup will be built by TSMC on the 10 nm process technology.

The chipset is expected to power the Huawei Mate 10 that allegedly will have an edge-to-edge display on a 6.1” screen.