The Kodak IM5 is the first smartphone to bear the iconic photography brand and it was announced all the way back at CES in January. Reports then led us to expect a UK launch in March or April, but the phone never made it to store shelves. 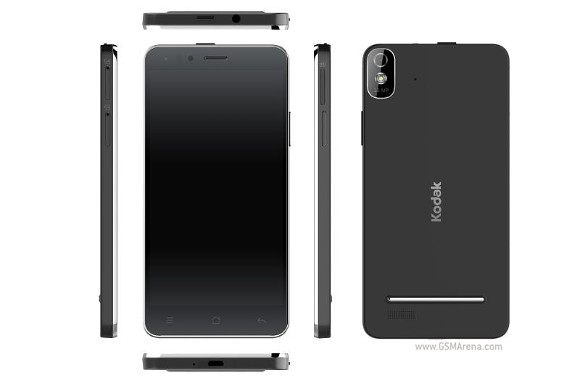 Well, over five months after the announcement, the phone is finally available to purchase, but not in the UK, but in the Netherlands instead. The smartphone retails for €280 free of contract, and can be purchased today, we're not talking about a pre-order. Obviously a host of contract options are also offered on either of the country's three carriers.

That serious sum of money for a SIM-free purchase gets you a rather modestly equipped smartphone. There's a 5-inch 720p display, a Mediatek MT6592 chipset with 1.7GHZ octa-core processor and only a single gig of RAM. Internal storage is rather low at 8GB, expandable by up to 32GB, while battery capacity is 2,100mAh.

The Kodak IM5 comes with a 13MP primary camera with little manual control and focus on easy sharing and printing. All this runs on a heavily customized Android KitKat build, with large icons aiming for ease of use. A Lollipop update is promised, though we don't see an overly bright future for the smartphone, priced as it is.

Source | Via (both in Dutch)

8GB?!?! Your phone storage will be full after a few pictures...

well they gotta move somewhere or else theyll be gone.