Kyocera (who you might remember from the dual-screened Echo) has come up with a pair of tough Androids - the Hydro and the Rise. Both are CDMA phones and run Google's latest, Android Ice Cream Sandwich. 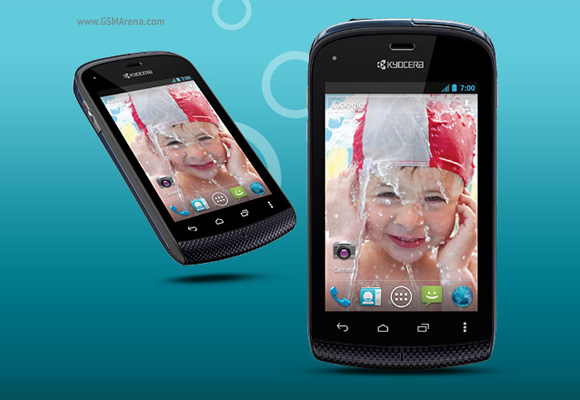 The Hydro has IP57 protection rating, which means it can survive under a meter of water for up to 30 minutes and withstand water jets.

The Kyocera Rise has pretty much the same specs as the Hydro, though it's slightly thicker at 113.0 x 60.5 x 14.3 mm and 157g of weight. The difference here is that the Rise slides open to reveal a four-row QWERTY keyboard. It doesn't have the water-resistant rating though.

There's no info on pricing yet or which carries will get the two tough droids, but we know they are expected to go on sale in the second half of this year.

Please make it with Dual SIM

Absolutly agree qwerty sliders are still welcome..Also i would love a Sharp 940SH Android ICs device,you get nice 3inch touichscreen but D-pad for precision input and gaming and T9 text input.I love clamshells and pray for their return.