Last month we heard a rather outlandish claim - that Samsung is working on bringing to market a tablet with a whopping 18.4-inch touchscreen. Not long after that, a new report seemingly confirmed the information. What's more, this also brought us a list of leaked specs for the gigantic device.

And today Samsung itself may have confirmed its existence, while also revealing what it will be called. At the end of its press conference focused on the Gear S2, the Korean company outed a very short teaser for the Galaxy View tablet. 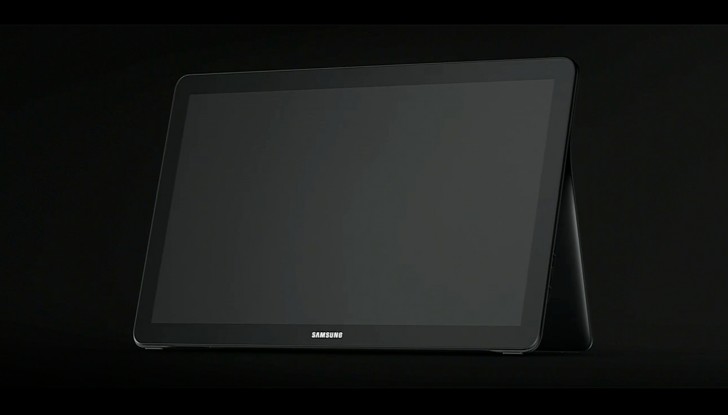 No other details, aside from its looks and name, have been made public at this point. So we should probably expect those to come at some point in the (hopefully near) future. This type of teasing isn't actually new for Samsung - when it introduced the Note5 and Galaxy S6 edge+ in August the Gear S2 smartwatch got the same treatment.

People, this is not Tab series or tablet Note series. It is completely a new series. View will be something like the fitst tablet and smartwatch. You would say "Who need big tablet like that?". *2 years later. "I can't live without it!...

I expected samsung would announce note 12.2 successor, but after 1.5 years i'm still waiting