Latest Android distribution numbers are out - Nougat grows, no info on Oreo

Android distribution numbers for the month of September have been released by Google. A quick look at the pie chart reveals that Nougat's share now stands at 15.8%, which is slightly up from the 13.5% share the company reported last month. 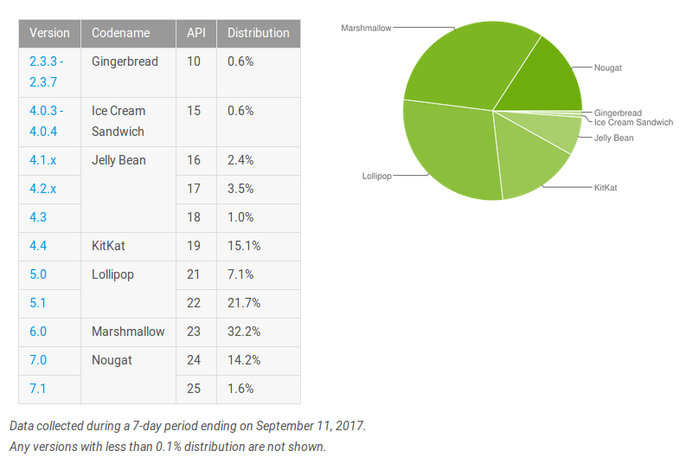 Marshmallow's share's practically the same as last month, while that for Lollipop has come down by 0.4%. Moving on, KitKat's share is down 1%, and Jelly Bean has also seen a marginal decline. Share for Gingerbread and Ice Cream Sandwich has also declined by 0.1% each.

The Android Oreo OS, which was made official last month, is yet to make it to the list, meaning its share is still less that 0.1%.

Well, that's what i heard. i don't personally own a s7. but other phones i stated has the 7.1 and many others i didn't refer to.