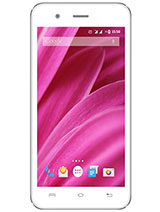 this phone has only 702mb ram not 1gb,I am checking using cpz app it shows only total ram 702 only and available is 350mb only but phone is OK and battery,camera features are average for this price range.
I'm set contact image after when calling can't see the images why?

which phone should i buy, lava atom 2x or lava atom 3, confused?

what about the battery life of lava atom 2x, is it same as lava atom 2 or better?

hi, i brought this phone recently and want to chck my systemupdate but it says that you have to check through online can anybody how to check?

Bhanu, 13 Dec 2015Hello , I want to purchase this phone. But I am little confused , which phone will be bette... moreU should go for lava instead karbonn

nice phone in this range
pros:-
camera quality is good. does not lag and heat up so much. can play games like shadow fight 2, Hitman sniper very smoothly. Android Lollipop makes it more graceful.

Yogesh, 02 Jan 2016This phone is so good and all features are good with its price. Its looking too good like ipho... moreiphone 4s runs asphalt8 heavy games without hang or lagging and this device ??

This phone is so good and all features are good with its price. Its looking too good like iphone 4s. No hangs problem and no heating problem.

Bhanu, 13 Dec 2015Hello , I want to purchase this phone. But I am little confused , which phone will be bette... moreHi Bhanu, if you want a phone, which is equipped with huge storage, great picture quality and classy looks then without any doubt, go for Lava Iris Atom 2X. It comes with Android Lollipop, 1.3Ghz qaud core processor, 5MP primary camera along with 2000mAh battery! It has all the features of a high priced phone. Go for it!