Just a day after it was revealed on e-commerce website Flipkart, the Lava Iris X8 has been officially launched by the company. The device is priced at INR 8,999 ($145). 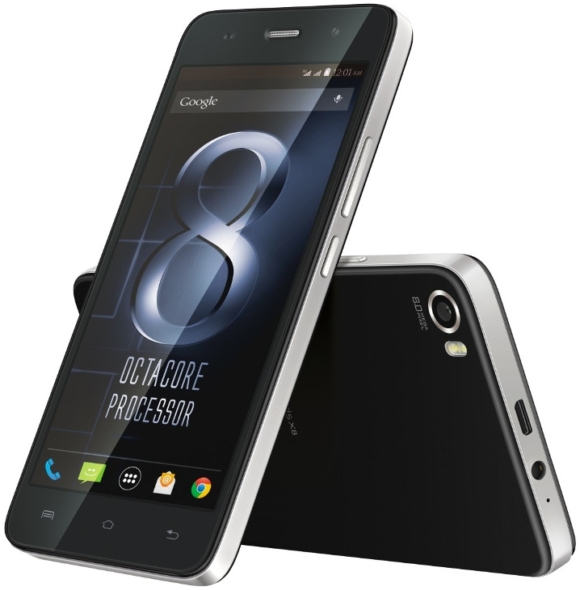 The smartphone is powered by a MediaTek chipset with 1.4Ghz octa-core processor, and sports a 5-inch 1280 x 720 pixel IPS display with Asahi Dragontrail glass protection. It comes with 2GB RAM and 16GB internal memory (expandable up to 32GB via a microSD card).

On the software side, the X8 runs Android 4.4 (KitKat), although the company promises Android 5.0 (Lollipop) update. It also boasts of Smart Wake-up and Gesture controls for easy access to apps from lockscreen.

"The Iris X8 has been carefully designed after understanding requirements of consumers who are looking for a good looking powerful smartphone which allows them with the ability to multi-task," said Navin Chawla, President & Head Product, LAVA International.

Available in white and black, the X8 will be available online exclusively on Flipkart starting 12:00 noon from February 9.

what is the meaning thumnails can t be genreted (photo shoot)

LAVA X8 have problem is there 1. when cut phone suddenly restart mobile. 2. Here is not clear both side